The Games have were always must-see TV in Clare Polkinghorne’s family home. In fact, at one point she thought she might make it to the four-yearly extravaganza in a sport other than football.

Australian women’s football team have arrived in Brazil and after a long flight, have become acclimatising in their Fortaleza base.

They will begin their Games quest in a group that includes Germany, Canada and Zimbabwe.

Gorry: USA 'team we want to beat the most'

If a medal is won, Polkinghorne will clearly be a key cog in coach Alen Stajcic’s game plan. 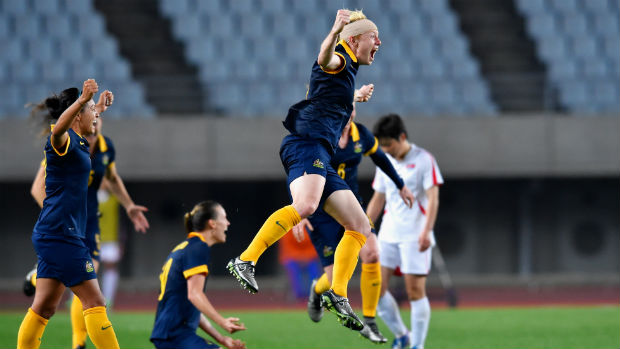 A more dependable, harder, fitter defender you will not see at the Games. And she’s pumped to be in the football-mad nation.

Though she reveals her athleticism had her thinking maybe she's attend the Games in another sport.

“I didn’t think I’d be going to the Games for football. Growing up I was heavily involved in athletics," the Brisbane Roar defender told www.matildas.footballaustralia.com.au.

“I was a hurdler so I was always keenly interested in all the athletic events and I always dreamt of going. It didn’t really matter which sport but I wanted to reach the pinnacle.

“It’s something I’ve dreamt of as a kid and just wanting to be there myself. To be able to do that now is something very special. 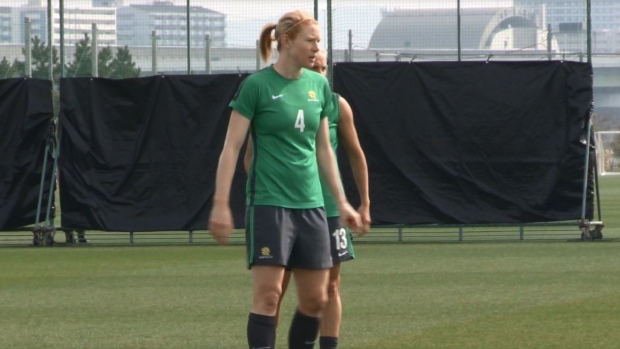 “Our first two games are in Sao Paulo so we’ll miss the opening ceremony but we’ll hopefully be there in Rio the final week and attend the closing ceremony, too.”

If so, it’d make up for a few heartbreaking campaigns along the way.

“When I first came into the Australian squad it was the qualifiers for Beijing in 2008. And again for London as well so there were a couple of failed attempts there. It’s good to finally make one.”

Who knows, she may even meet a superstar?

“If I walk past Roger Federer I’d probably try and get a photo. It will be exciting but we’re going over there to concentrate on our football and do a job but once we’re done we’ll be able to enjoy the moment.” 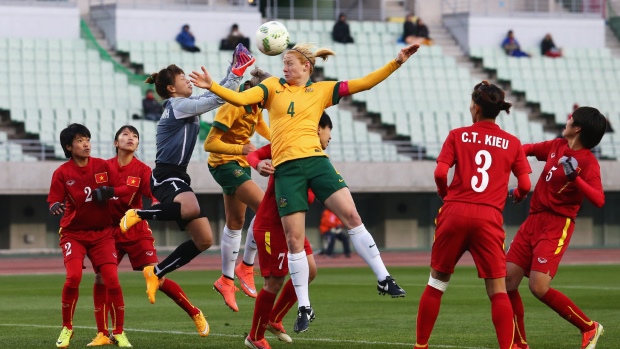 Who knows, football fan Federer might even ask Polkinghorne for her autograph if the Aussies come home with a medal.