We’re always proud of our sporting heroes when they win. Sometimes it’s possible to be even more proud when they don’t.

That’s how I felt watching the Australian national women's football team lose 7-6 on penalties to Brazil in the Games quarter-final.

Forget the controversy over whether the Brazilian goalkeeper moved off her line. Such injustices are part of sport, and life for that matter.

What we take away from the game is that another chapter has been added to the already rich history of Australian football.

The Australian team's performance, against the odds and in front of a massive home crowd in Brazil, was up there with the best of any team, male or female.

It was not just the Brazil match. It was all that had come before. Their dedication and preparation in the lead up to the Games was exemplary.

The tournament itself unfolded in a way that seemed to test their mettle at every turn.

In their first match they were 1-0 down after 20 seconds – deflating enough to sow doubts in the minds of the most stoic sporting outfit. They battled out the game and ended 2-0 down. 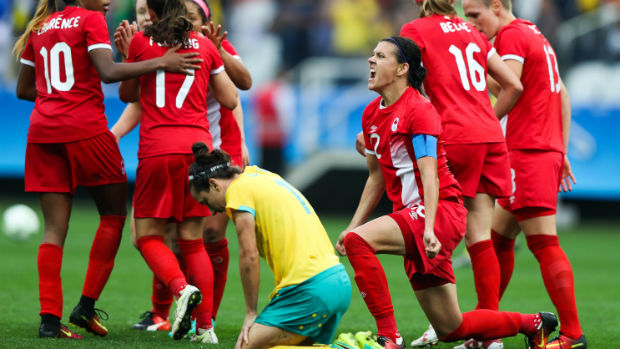 Next up was Germany, the world number two and a daunting opponent under any circumstances let alone coming off a loss.

The Australian national women's team defied the expectations of most to lead 2-1 when in the closing minutes Germany levelled to make in 2-2. Even so, it was a morale-boosting performance for Australia when they needed it most.

The Zimbabwe match, with the Australians winning 6-1, seemed to restore some equilibrium.

We always expected something special to unfold against Brazil, a powerhouse team in front of a big home crowd and boasting five-time World Player of the Year, Marta.

But no-one was expecting the epic we witnessed.

The analysis shows that Brazil dominated. It also shows that Australia didn’t buckle. It won’t capture the drama and tension of the penalty shoot-out, but those who witnessed it won’t forget it.

The national team have taken another huge step for Australian football on the world stage. 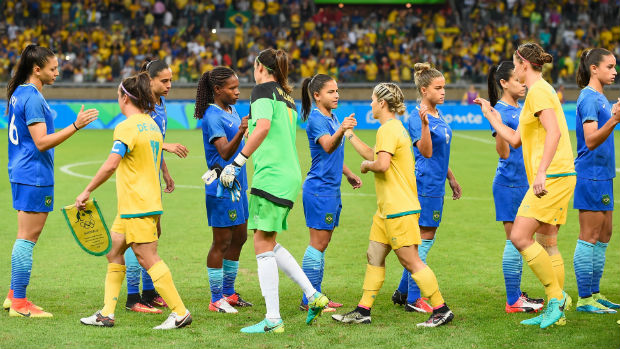 Of course, the team won’t appreciate that today, but this result is a step towards them achieving great things in the future.

What they did in Brazil will also inspire thousands of young girls to take up the game, and to play with the same courage and tenacity we saw from the team in their Games campaign.

That's why the Australian national women's team's campaign was well funded as part of FFA’s strategic plan to put the women’s game at the heart of everything we do.

And we are looking forward to the start of Season 9 in the W-League later this year.

We demand much of our sporting heroes. Australians expect them to win, and that will always be our ambition.

But when they don’t we can only ask of them that they make us proud.

The Australian national women's football team did that in spades.