The Westfield Matildas defeated a physical Nigeria 2-0 in their second FIFA World Cup group game in Winnipeg. What did we learn?

In the big moments on the big stages of World Cups, Kyah Simon can be relied on to make the difference. She was cool and clinical in front of goal against Nigeria – her first goal in the opening 45 minutes in particular was absolute class. The Sydneysider loves scoring at World Cups and showed why she's so revered with an outstanding overall performance. 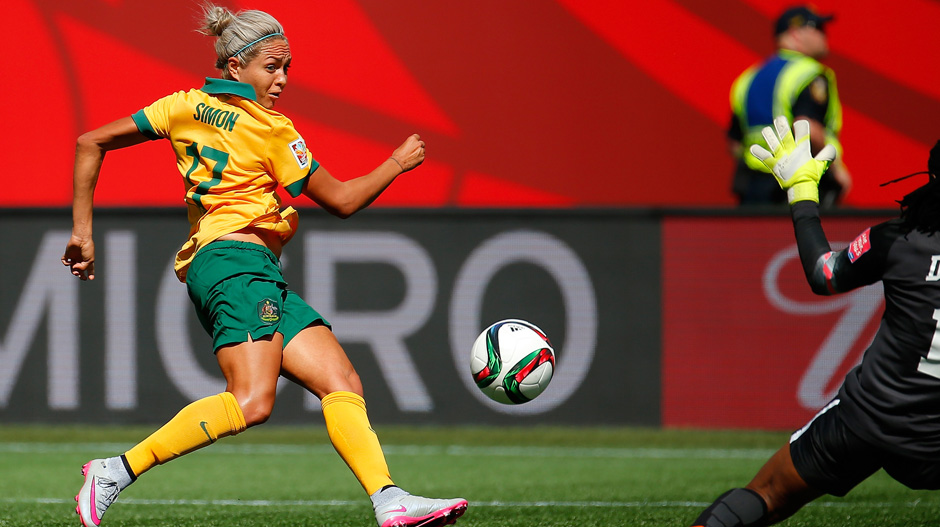 Alongside new German league signing Emily Van Egmond, “KK” ran the show in central midfield. Kellond-Knight is such a wonderful link player and uses her intelligence to keep the front four of Australia in the game while screening the defence. Definitely the quiet achiever of this team.

Defensive solidity at full back

Steph Catley was outstanding at left back, the move allowing Caitlin Foord to switch to right back. The change worked beautifully as Australia's defence benefitted from the better balance along the back line while the attacking instincts of both remained.

Simon stars as Matildas down Nigeria

The second half officiating was puzzling

Missing a clear off the ball elbow to the face of Sam Kerr by Nigerian substitute Ugo Njoku – one which left the Matildas striker in considerable pain – should’ve been picked up. And the game ended seemingly three minutes short of full time after the officials put up four minutes of time added on yet the referee blew after around a minute. It clearly caught Australia by surprise as they were about to make a substitution.