Matildas progress to the round of 16!

The Westfield Matildas have progressed through to the knockout round from their "Group of Death" after a hard-earned 1-1 draw with Sweden in their final World Cup group match on Wednesday (AEST).

Co-captain Lisa De Vanna scored yet another World Cup goal to give the Matildas the perfect start before Sweden equalised through Sofia Jakobsson soon after.

Neither side was able to find a winner in a nerve-jangling end to the match but the draw was enough for Alen Stajcic’s side to progress to the round of 16. 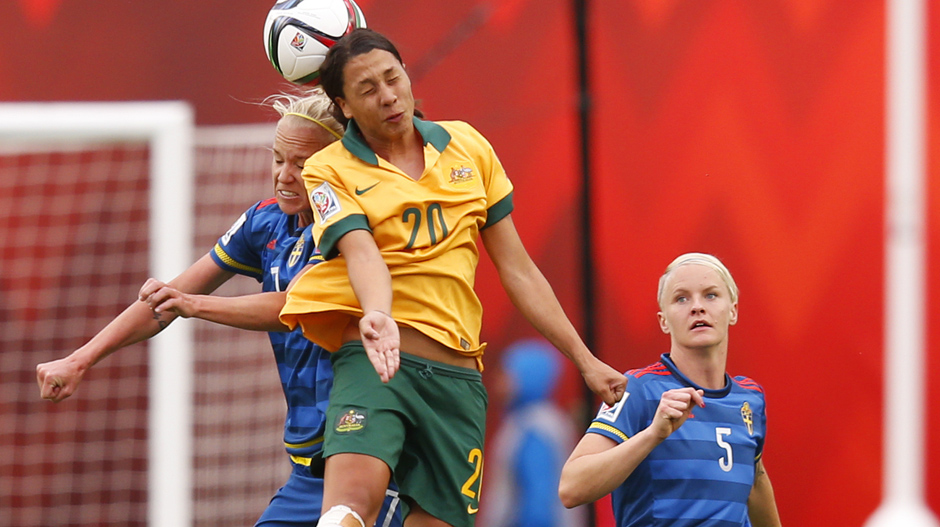 The USA defeated Nigeria 1-0 in the other Group D match to top the standings on 7 points, with the Matildas second on 4 points.

It sets up a blockbuster last 16 clash for the Aussies against South American powerhouses Brazil in Moncton on Monday morning (AEST).

De Vanna gave the Matildas a dream start inside the first five minutes with her seventh World Cup goal.

She sprung the off-side trap to burst on Laura Alleway’s precise long-ball forward before producing a clinical finish past Hedvig Lindahl.

The Matildas were doing things comfortably with Emily van Egmond bossing the midfield while De Vanna and Caitlin Foord were causing damage down the flanks.

But on the quarter-hour mark the Swedes were level, totally against the run of play.

Jakobsson was able to cut inside from the right flank and then hit a powerful low drive which snuck past Lydia Williams at her near post. 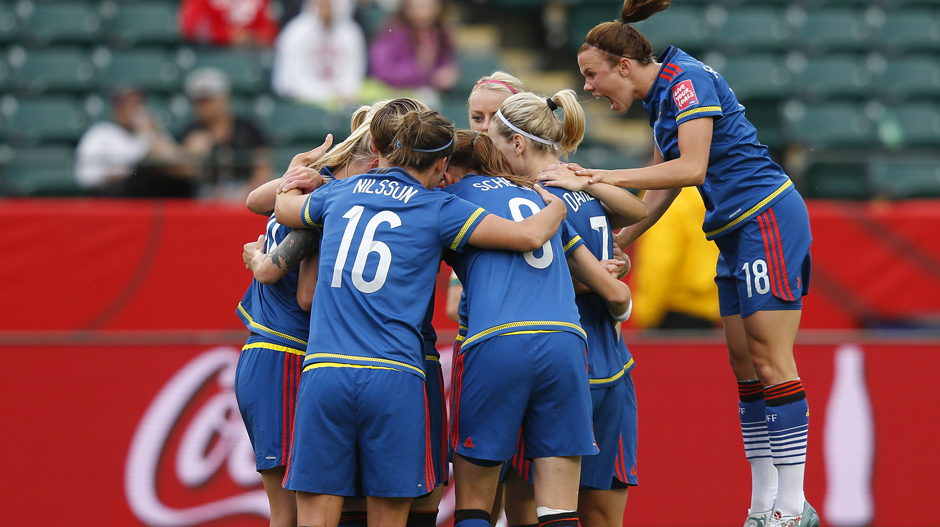 The goal lifted Sweden and it was only two fine saves from Williams in the space of a minute – both from half-cleared corners - which kept the Matildas on level terms.

First the custodian had to tip Caroline Seger’s volley over the bar before then denying Jakobsson with a superb reflex save from close range.

With so much at stake, both sides were guilty of some sloppy turnovers either side of the half-time break.

Stajcic then replaced De Vanna – who has been battling an ankle problem - with teenager Larissa Crummer for her World Cup debut with just under half an hour to go.

And the 19-year-old almost made an immediate impact as she tried to lob Lindahl with an effort from distance which the ‘keeper managed to get back and save.

Chasing a winner the Swedes began to push more players forward but it left them vulnerable on the counter-attack, with Sam Kerr threatening to expose them with her pace.

At the other end the Matildas defence stayed disciplined and composed to hold firm and book their dream meeting with Brazil.