It’s not every day you get an invitation to go to a RAAF base but co-captain Clare Polkinghorne and midfielder Katrina Gorry were treated to a special tour of the RAAF Base Amberley.

Fresh back from their 10 day camp in Victoria which included matches against the Football Ferns in Ballarat and Melbourne, Polkinghorne and Gorry took the rare opportunity to visit the Queensland base as the countdown continues to the Rio Games. 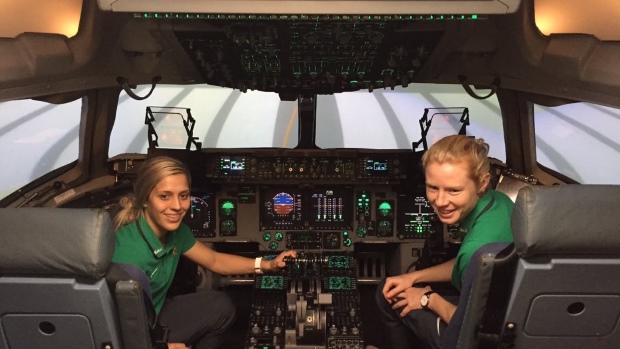 “We want to thank everyone at the base for the opportunity to come and check out some of the aircraft, flight simulators and day to day operations at the complex,” said Polkinghorne.

The invitation came from Mr Stephen Mallett, who suggested the idea of fostering affiliation with Matildas given the similarities in the values held by Australia’s women’s national team and the Air Force. 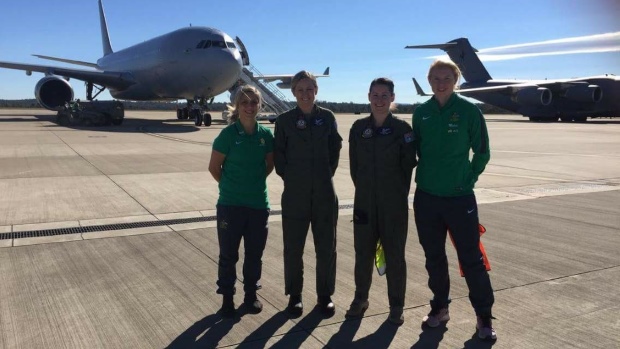 Mallett made similarities between the Westfield Matildas and the Air Force in that both require dedication and professionalism to achieve their goals.

During their visit Polkinghorne and Gorry spent time conversing with members of the base about traits such as teamwork, integrity and leadership. 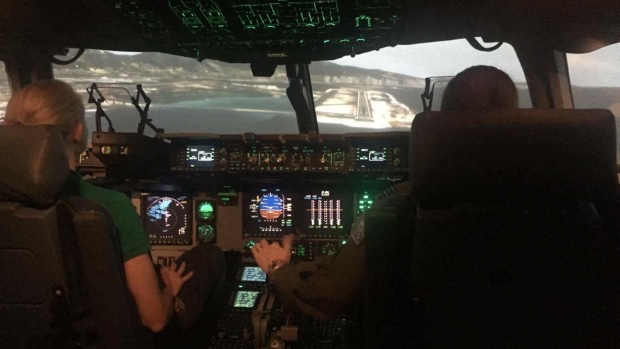 The visit was also aimed at promoting career opportunities with the Royal Australian Air Force and the qualities it stands for. For more information visit http://www.airforce.gov.au/