In the joy and sheer elation of beating Brazil for the country’s first knockout stage win at a World Cup, the contribution of goal-keeper Lydia Williams almost went unnoticed.

Williams, playing at her third World Cup, produced a couple of inspirational saves which went a long way to the Westfield Matildas’ 1-0 win.

There was none better though than her one-handed stop at full stretch to keep out Formiga’s powerful long-range attempt in the first half.

It’s already been hailed as the save of the tournament and rightly so.

After the Matildas lost possession in their own half, Formiga let fly with a wicked, curling strike for the top corner which would beaten most ‘keepers.

But Williams was somehow able to dive for the corner and tip the ball over the bar with her trailing right hand.

"I've been training for that all my career and it finally paid off today,” the 27-year-old told reporters afterwards.

“Honestly, I just knew they were going to shoot so for me it was high-up in the corner of the goal and that time it was more likely that a trailing hand would get to that height.”

Making her heroics even more remarkable was the fact she is playing in Canada less than a year after undergoing surgery for a second knee reconstruction.

Williams had to work overtime on her rehab just to be fit for the tournament and is now playing a vital role in the Matildas’ history-making run to the quarter-finals.

Having lost to Brazil at the last two World Cups in 2007 and 2011, Williams admits revenge was sweet and shows just how far this side has come under coach Alen Stajcic. 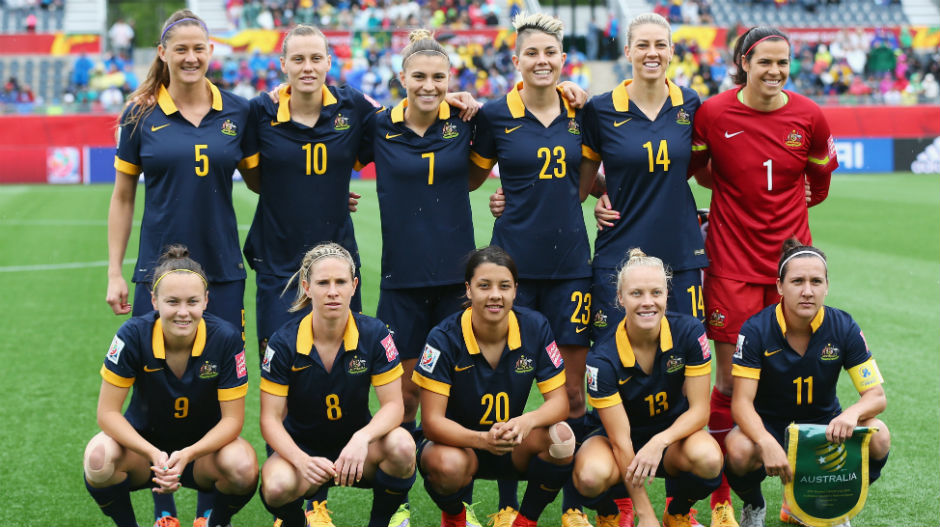 "It was the third time we played Brazil [in a World Cup], the second time in a knockout phase and to get the result that we've got, this World Cup has been a world first for us in football and it's the first time we've progressed in a knock-out stage and the first time we have beaten Brazil," she said.

"We've got so much talent in this team and it's so cohesive on the field. You can see how we're fighting in the last ten minutes."