There is a sense something special is brewing among the Westfield Matildas players.

The success at the 2010 AFC Women’s Asian Cup made waves back home — the women were the first senior national team to deliver Australia a major international title.

But the ascent to become the nation’s darlings didn’t immediate follow.

READ: The call that convinced Gorry to tear up club plans

There was again history, this time at the 2015 FIFA Women’s World Cup, where the Westfield Matildas became the first senior Australian team to win a knockout game.

Then in 2016, the team ended a 12-year drought to qualify for the Rio Olympics.

Yet it was 2017 which proved to be a turning point for the team, a huge step towards creating a legacy remembered long into the future.

“One of the main aims for us as the national team is to leave a legacy and to leave the game in a better place than where we found it and be pioneers of women’s football in Australia,” explained Westfield Matildas stalwart Kyah Simon to matildas.footballaustralia.com.au.

“We hope that girls 30 or 40 years down the track can play full time professional and be there full-time job and also look back on this time and see that it was a huge movement.”

Fresh off the success at the 2017 Tournament of Nations, more than 49,000 fans came out to watch the team take on Brazil and China in international friendlies. Hundreds of thousands more followed from afar, with Simon scoring a long range gem on her return from shoulder surgery in November.

Now in her 11th year in the national team, Simon has borne witness to the rise in interest first hand through the high and the low moments.

“This movement began before I came into the national team,” she said. “It’s been going on a long time, but it’s really pleasing to see that we are getting to be recognised and be in the limelight. 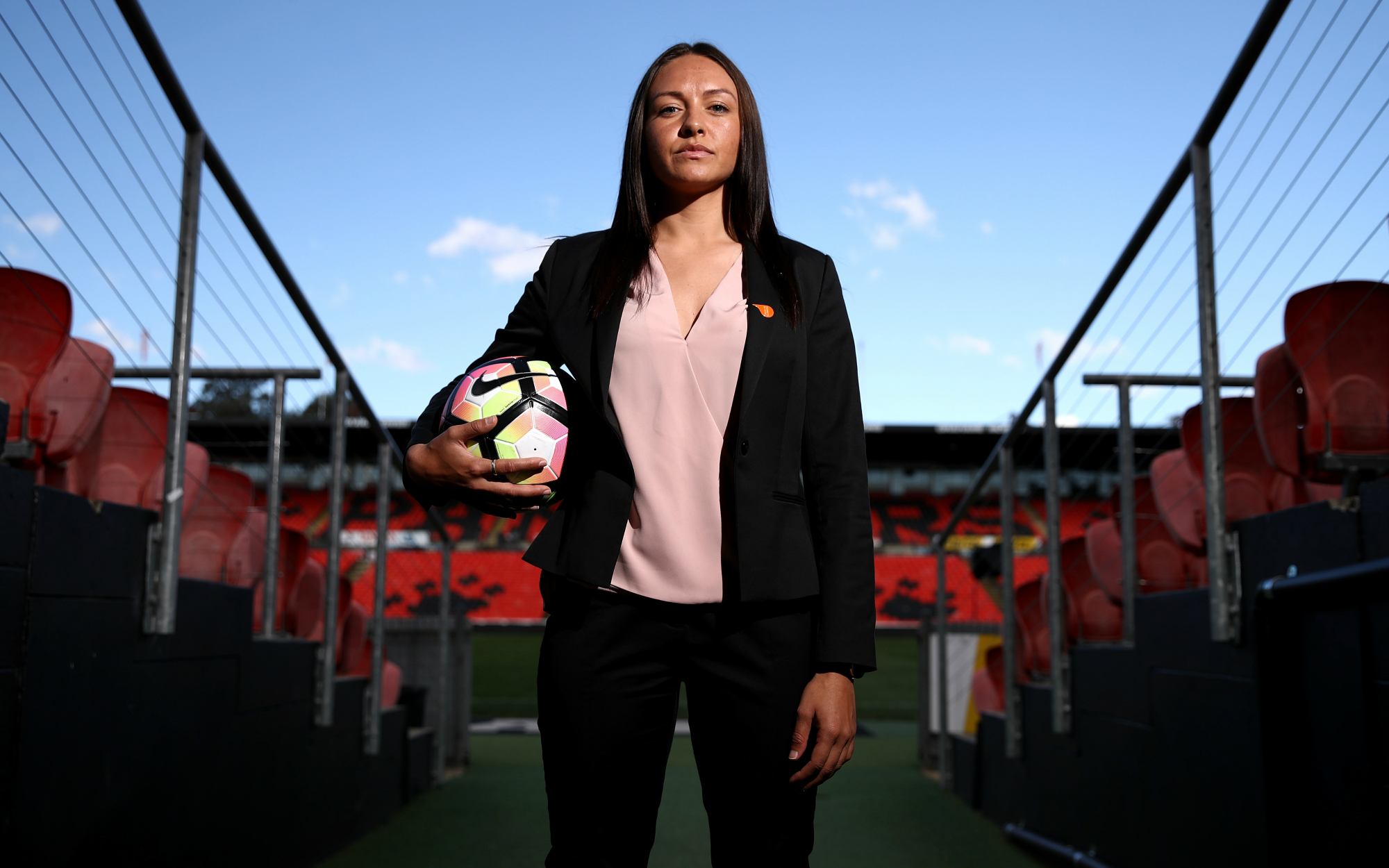 “It’s only the beginning, there’s so much more potential in the Matildas and women’s football in Australia that I’m really excited to be a part of that adventure and that rise.”

Simon’s and teammates’ ambitions to leave a lasting imprint on the game come at a time when opportunities are fresh on the horizon.

The 2018 Tournament of Nations again gives the Westfield Matildas the opportunity to take on three of the best teams in the world, with the 2019 FIFA Women’s World Cup also less than 11 months off.

Defending the crown in America, Simon is adamant this edition of the Tournament of Nations will be different. However the Aussie approach to the tests of Brazil, the United States and Japan will still be evident.

“It’s a different position to what we’ve been in before,” the Houston Dash attacker said on attempting to again push for the Tournament of Nations title.

“Each team goes into this tournament in a different place to what they were last year. Even us as a national team, there have been a few changes in the squad and it’s a different one, everyone’s coming from different parts of the world.

Simon added: “It’s going to be tough but at the same time we’re going to approach it like we’re the underdogs.

“For us the Matildas have played with a point to prove and it’s a matter of proving that we have quality and showing that we are a world class team.

“I think whether it’s an Aussie way or a worldwide thing with the underdog tag, but us Aussies we love an underdog and just so long we’ve had that tag and naturally that mentality just comes in that we have a point to prove.

“I think that helps and doesn’t allow us to be complacent when you’re facing opponents and gives you the best chance possible to stand up and rise to the occasion.”