The outstanding form of Elise Kellond-Knight has seen the midfielder named the 2014/15 Professional Footballers Australia (PFA) Women’s Footballer of the Year.

Becoming just the first player to win the award on two occasions, Kellond-Knight enjoyed a brilliant 2014/15 season, where she was named in the 2015 FIFA World Cup Team of the Tournament and selected amongst the finalists for the AFC Women’s Footballer of the Year award.

Voted on by all of the PFA’s female members, the Westfeild Matildas star edged out the likes of Emily van Egmond, Laura Alleway and Sam Kerr to win the award.

Speaking from Germany where she is currently playing with FFC Turbine Potsdam in the Frauen Bundesliga, Kellond-Knight said she was honoured to win the award.

“So many great players were nominated for this award,” said Kellond-Knight.

“It is a very proud moment for me in my career and one that will go down as a highlight.

“What makes this even more special is it’s a player voted award. To receive an award from your teammates is the type of recognition I value the most.  Your teammates see you train everyday and see you play every match so I think their opinion is the most valid one.” 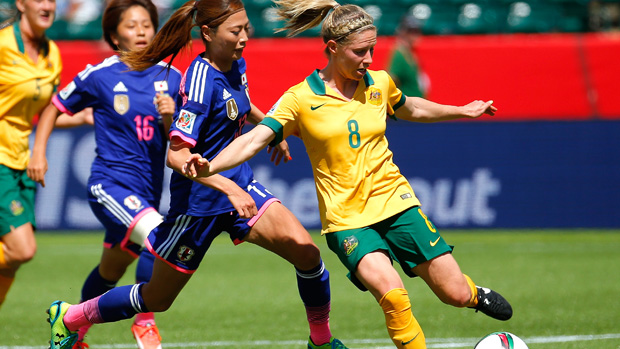 PFA Executive Member Lydia Williams said Kellond-Knight was deserving of all the accolades that have come her way for the 2014/15 season.

“Elise was outstanding at the World Cup and she showed the world just how good she is,” said Williams.

“The World Cup was an historic moment for Australian football and she played a key part in that being the case.”

“On behalf of all of our members I would like to congratulate Elise,” said Vivian.

“Over the course of the 2014/15 season she was consistently outstanding and played a starring role in the Matildas success.”