The Junior Matildas have secured their spot at next year’s AFC U-16 Championships after a big win over host nation Vietnam overnight.

In a clash between Group D’s two unbeaten sides, Australia ran out convincing 6-0 winners to go outright top of their group at AFC U-16 Women’s Championship Qualifiers.

It means Ante Juric's side will definitely stay top of the standings and qualify for next year’s tournament regardless of their result in the final match against Uzbekistan.

Against Vietnam the young Aussies shocked the hosts with a fast-start, racing to a 2-0 lead inside the first 12 minutes thanks to a brace from India Kubin.

It was then a tight tussle until 12 minutes after the break when Kyra Cooney-Cross added a third goal for the Junior Matildas.

Australia then added three more goals in a nine-minute period late on to get a reward for their dominance, with substitutes Julia Vignes and Alyssa Rose getting on the scoresheet either side of Courtney Nevin’s effort. 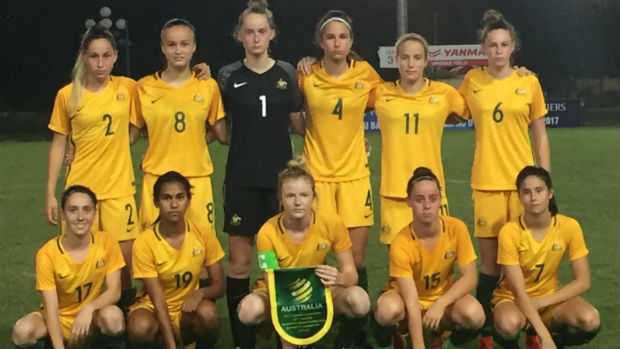 “This was an extremely satisfying performance, for a number of reasons and I would go as far as saying it was one of the best I’ve seen by an Australian girl’s team of this age category,” Juric said post match.

“In saying this the girls have more lessons to be learned and the learnings they take from all these games will only make them become a better team and better players.

“We have secured our place for the AFC Championships with this result, but we are looking to finish off things well in our last game versus Uzbekistan with another polished performance.”

The Junior Matildas have joined nations like DPR Korea, Japan, Thailand and China at the 2017 AFC U-16 Championships.