‘It shows the fight and spirit in our team’: Stajcic proud after England draw

Westfield Matildas boss Alen Stajcic praised his team’s fighting spirit in earning a draw with England on Wednesday (AEDT), delighted with the improvement they have shown on their European tour.

After Saturday’s loss to France in Saint-Etienne, the Westfield Matildas had to dig deep again at Craven Cottage, snatching a 1-1 draw thanks to Clare Polkinghorne’s late header.

ANALYSIS: Old and new give Westfield Matildas plenty of reasons for optimism

Teenagers Amy Sayer and Princess Ibini did well in their first senior international starts, while 15-year-old Mary Fowler again caught the eye in a second-half cameo.

While admitting his side had ridden their luck at times against the Lionesses, Stajcic was in awe of his side’s resilience to get a result on the road.

“To have a draw with England in England, with the squad we’ve got and the fatigue we’ve got in the squad, I really couldn’t be prouder of the effort we put in and the improvement from the other night,” Stajcic told SBS.

“We had two or three young players come in and I thought they all did really well. Amy Sayer did well and Prinny [Ibini] in their first starts in senior international football and against a top-level team like England, they really showed they can at least compete at this level.

“And young Mary [Fowler] came on again and made an impact.

“So lots of positives to take away, to get a result against England in England with the amount of fatigue we’ve got in the team is just an unbelievable performance.

“It just shows how resilient our team really is and the fight and spirit within our squad.”

England dominated the early exchanges and led at the break thanks to Fran Kirby’s 21st-minute strike.

But the longer the match went on, the better the Westfield Matildas got, with the introduction of Fowler midway through the second half a catalyst for Australia’s late fightback.

The classy teenager impressed against France on the weekend and was equally effective against the Lionesses, drawing special praise from Stajcic.

“I thought she was fantastic. The other night when she came on against France I thought she had a good impact but it was minimal, but tonight I think she had a really good impact,” the Westfield Matildas boss said.

“Her work-rate off the ball was fantastic, she did a lot of work in BPO [Ball Possession Opposition] as well but her ability to find space, to pick up the ball and find that half a yard to get a shot away is something I haven’t seen before.

“As long as she can keep improving and developing her game, there’s no doubt she’s going to be a big threat for us in the coming years.”

Stajcic added: “To see players step up in different roles and be able to carry out a task is really pleasing and it definitely does show signs that we are improving our depth within the squad.

“But we don’t want to be competing with England and France, we want to be outplaying them and in that respect, we still have a way to go.”

The Westfield Matildas will now turn their attention towards next month’s home friendly series against Chile in Penrith and Newcastle. 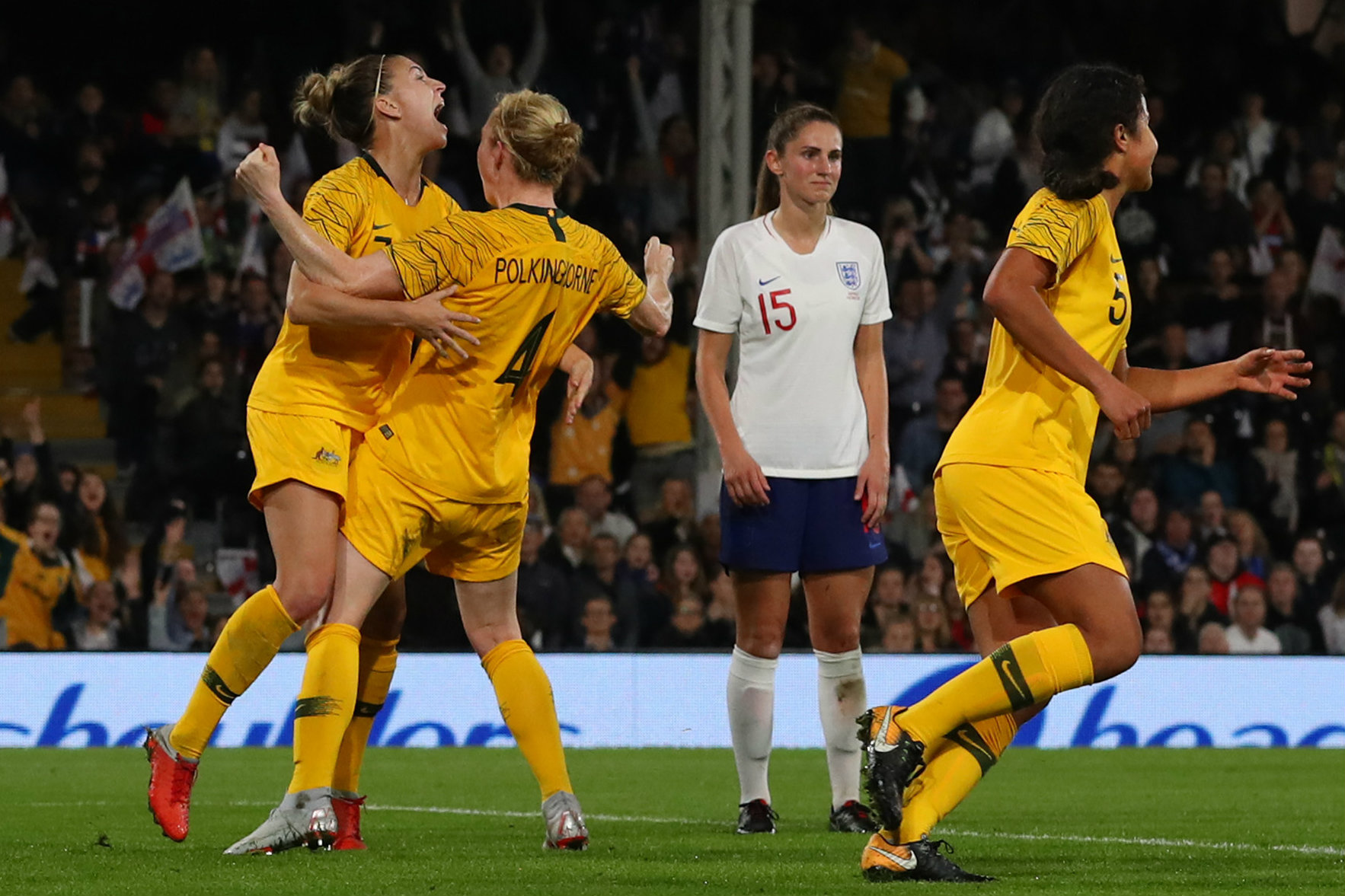