We have officially entered the Westfield W-League 2018/2019 Finals Series with fans promised riveting football and scintillating performances from the Westfield Matildas contingent.

Melbourne Victory host Perth Glory on Sunday afternoon, just over a week since they downed the Western Australians 2-1 at Dorrien Gardens in Round 14.

Jeff Hopkins’ side surprised many by not only making the top four but by securing their maiden Premiership in a colossal season for the Victorians.

Sam Kerr travels to Melbourne with a Golden Boot in tow and her eyes fixed firmly on firing Perth to a shot at finals glory.

Later on Sunday, Brisbane Roar welcome Sydney FC to Dolphin Stadium looking to overturn a poor record against the Sky Blues this season.

Mel Andreatta’s outfit began slowly with four points from the first three games, but a strong second half of the campaign put them in outright second.

The Sky Blues have beaten Brisbane twice this season but, with so much on the line, one can expect Brisbane to roar and give Sydney FC a real challenge.

Note: International viewers without a broadcasting rights holder, you can watch the Westfield W-League matches LIVE on the My Football Youtube channel. Click HERE to see how to watch internationally. 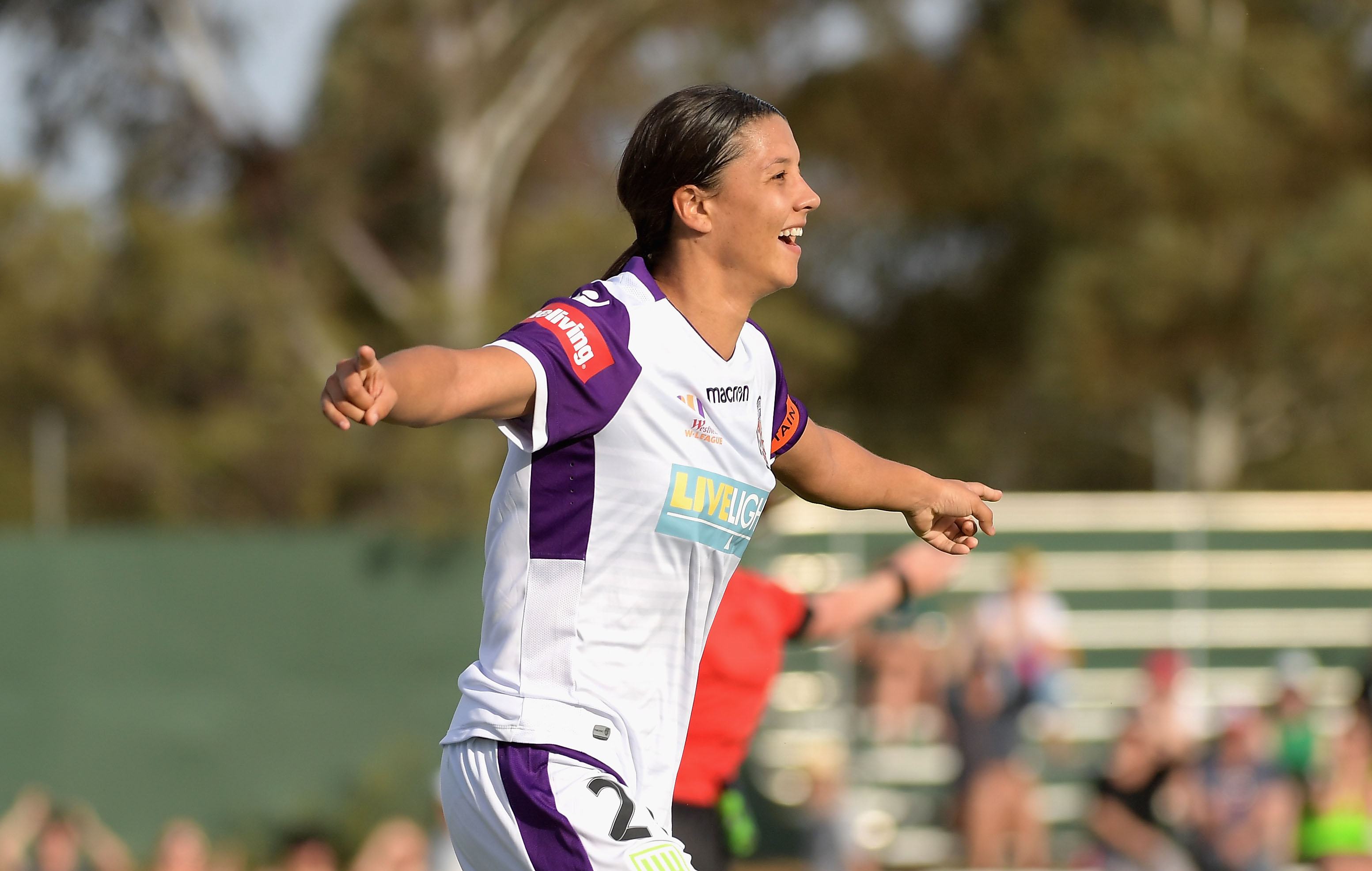 Who predicted this fixture?

Melbourne Victory, who had experienced three seasons of football without finals football, shot to the summit of the Westfield W-League after one of the most impressive seasons in recent memory.

Jeff Hopkins’ chargers proved themselves to be one of the most balanced teams, solid at the back and composed up front.

This defensive astuteness has been driven by Westfield Matildas defender Laura Alleway. The 29-year-old, who is in her second stint with Melbourne Victory, played the full 90 minutes in her 11 appearances this season.

Alleway has performed consistently at the back for Victory, winning 75% of her tackles, 76% of her duels and more than 76% of her aerial duels.

Further afield, her Westfield Matildas Emily Gielnik has had a season to remember for Victory.

The 26-year-old has bagged four goals and one assist during the campaign and has registered 12 shots on target — an average of one per game.

Standing in Victory’s way is none other than Kerr, back-to-back Golden Boot winner and one of the greatest Westfield Matildas to have ever donned the Green and Gold.

As well as leading the league with 13 goals scored, Kerr also created a league-high 39 chances this season, eight more than her nearest competitor and amounting to more than three chances created per game.

Kerr has not tasted Westfield W-League Championship glory with Perth and will be chasing her first bit of silverware with the club since their 2014 Premiership.

How to watch: Tune in to FOX SPORTS 505 or SBS VICELAND to catch this clash, with kick-off at 2pm AEDT. You can also stream the match live on the MyFootball Live App, Live Fast and Data Free for Telstra mobile customers. For viewers outside Australia and New Zealand without a broadcasting rights holder, you can watch games on the My Football Youtube channel.

If the past is any indicator of the future, Brisbane Roar are best to keep looking forward.

Sydney FC travels to Dolphin Stadium on Sunday night having scored eight goals against Brisbane on their way to two comprehensive wins during the 2018/19 Season.

The Roar will be without Katrina Gorry who sustained a syndesmosis injury that ruled her out early in the new year.

In spite of that, Brisbane are not without some Westfield Matildas quality.

Clare Polkinghorne has been her ever-reliable self for the Roar and hasn’t missed a minute of action this season, epitomising what it takes to play at the highest level of club and international football.

Polkinghorne has made 28 interceptions thus far — more than two per game — and has a passing success rate of 74%, an incredible stat when one considers the pressure centre-backs come under when in possession.

Helping Polkinghorne shut out Sydney FC is goalkeeper Mackenzie Arnold, who’s had a stellar season herself. Arnold has saved 69% of shots on target and has been busy with her feet, making 385 passes.

The pair best be on their toes as they must hold out a Sydney FC side brimming with Westfield Matildas and attacking firepower.

Caitlin Foord leads the line for Ante Juric’s side, having scored nine goals and grabbing four assists during the campaign.

Alongside her has been Princess Ibini, with the 18-year-old bagging four goals and an assist whilst balancing her final year of school.

Lisa De Vanna and Chloe Logarzo offer more firepower to Sydney’s impressive lineup, with both players offering a turn of pace and fierce strike that can change any game.

At the back, Alanna Kennedy anchors the Sky Blues backline, offering her height and football intelligence to halt Brisbane’s international-studded lineup.

How to watch: Tune in to FOX SPORTS 505 to catch this clash, with kick-off at 7:15pm AEDT. You can also stream the match live on the MyFootball Live App, Live Fast and Data Free for Telstra mobile customers. For viewers outside Australia and New Zealand without a broadcasting rights holder, you can watch games on the My Football Youtube channel.