How to follow the Australian Women's Football Team in Rio

The Matildas arrived in Sao Paulo in the south-east of Brazil overnight and were straight back on the training park today in preparation for their Rio Games opener against Canada on 3 August.

Following a three week training camp in Fortaleza the squad are full of confidence of claiming a first ever medal at the Games where they’ll be competing as the Australian Women’s Football Team.

After their Group F opener at Arena Corinthians, two days before the Opening Ceremony in Rio, the Aussies will play world no.2 Germany at the same venue on 6 August and world no.93 Zimbabwe in Salvador on 9 August. 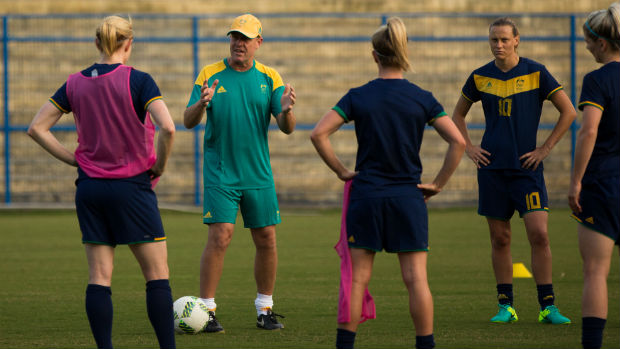 The top two teams in each of the three groups will book a place in the knockout stage, with the top two ranked third-placed teams also progressing to the quarter-finals.

This is the first time Australia have qualified for the Women’s Olympic Football Tournament since 2004, with co-captain Lisa De Vanna the only Olympian amongst Alen Stajcic’s 18-player squad.

You can follow the Australian Women’s Football Team progress online at www.footballfederationaustralia.com.au and via the AOC’s official website: rio2016.olympics.com.au