Only recently had we sounded out players who were capable of challenging Sam Kerr’s incredible goal-scoring record, and it seems Foord heard us loud and clear with two strikes in Sydney FC’s 3-1 win over Brisbane Roar.

Of particular note was Foord’s second goal on 75 minutes. Having latched onto a sublime through ball from Westfield Matildas teammate Lisa De Vanna, Foord brought the ball down with a deft touch and steamed in on goal.

With a head cooler than a cucumber, she calmly slotted the ball through Mackenzie Arnold’s legs and into the back of the net.

On a personal level, Foord’s ninth goal of the season means she is well and truly in the mix for the Golden Boot race. With only two games remaining, and Sydney FC playing some red-hot football, Foord all of a sudden looks like a real chance of challenging Kerr.

In a broader sense however, Foord’s goal sealed a win in an epic six-pointer, allowing the Sky Blues to leapfrog Brisbane Roar and now sit one point behind Melbourne Victory at the summit.

Foord’s renaissance typifies the growth of Sydney FC in the 2018/19 Season under Ante Juric. The side have played some scintillating, attacking football, which in the past few weeks has been far too much for their opponents.

The side have scored 26 goals in 10 games, averaging more than two and half goals per game, and have a goal difference of 11 — six more than the next best, Melbourne Victory.

What’s more, Juric appears to have found the balance between his host of Westfield Matildas and imported players, and integrating young players such as Angelique Hristodoulou and the now-injured Taylor Ray.

With Sydney FC taking on Melbourne Victory in Round 13 of the Westfield W-League, it’s all to play for as we reach the final bend of what’s been an incredible season.

On a side note, Hayley Raso made her first appearance in a professional football game in 146 days.

A remarkable achievement for the 24-year-old. 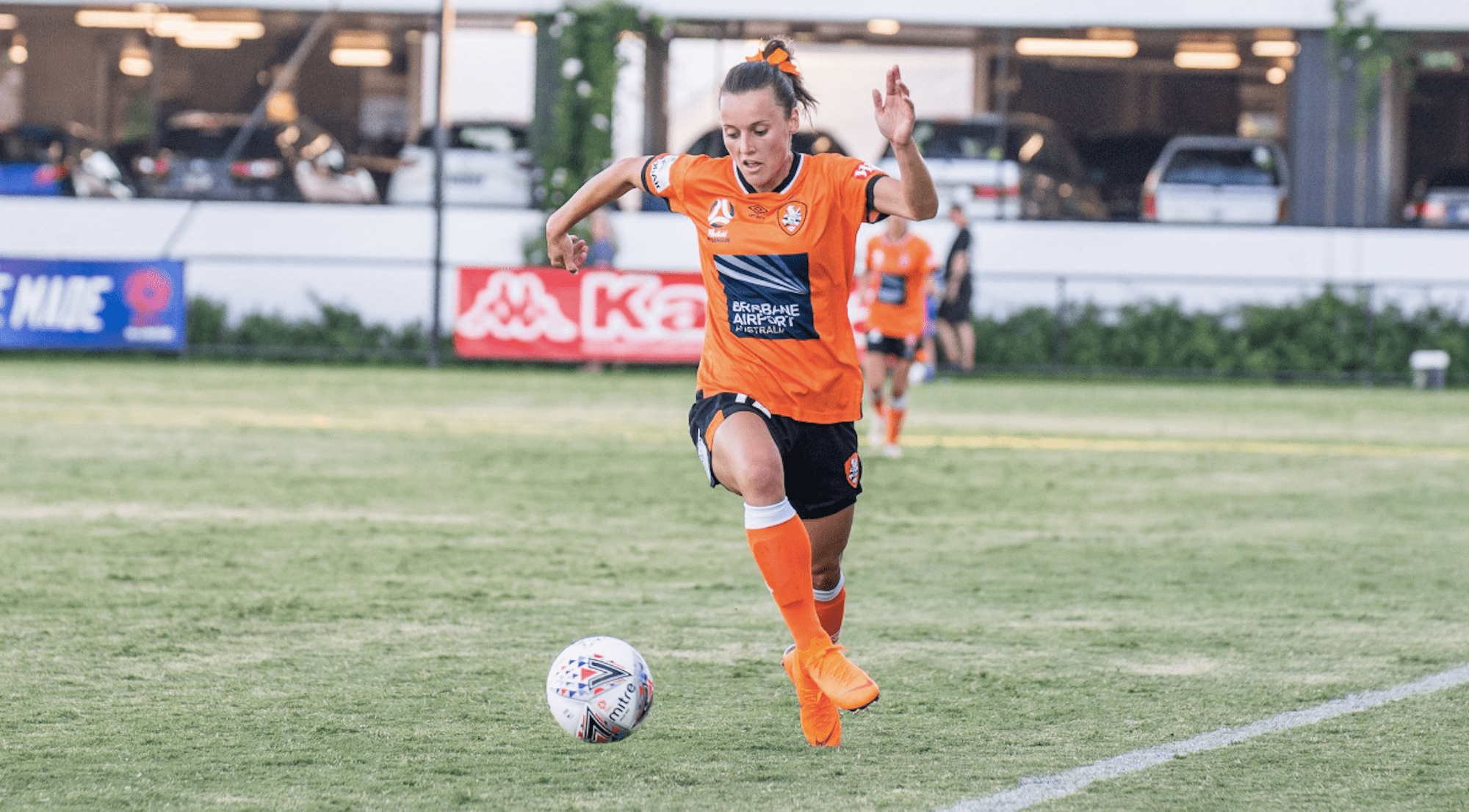 Reigning Westfield W-League Champions Melbourne City looked to be in a bit of strife heading into Round 12.

Head coach Rado Vidosic had admitted his side could only do so much in their pursuit of a top four finish, having to depend on other results to go their way — but they did more than just holding up their end of the bargain with a sensational 4-0 win over Newcastle Jets on Sunday night.

A cog in that win was United States international Hailie Mace, who made her debut for Melbourne City following a late transfer.

The 21-year-old was given more than half an hour to showcase her talent — and it’s fair to say she passed with passing colours.

On 69 minutes, Mace found herself in the middle of the box with only the goalkeeper to beat. Doing so with aplomb, the young forward capped off a superb City goal which sealed a result that reverberated across the competition: City are down but most certainly not out.

In the context of the ladder, City sit in fifth place on 16 points — equal with Perth Glory. However, with the side having to sit out Round 13, their last chance to gather points will be in a Westfield W-League 2018 Grand Final replay against Sydney FC in the final Round.

City must therefore down Sydney FC, and hope Brisbane Roar, Perth Glory and Adelaide United all fail to get maximum points over the next fortnight.

Unlikely? Perhaps. Impossible? Far from it.

Heading into Round 12, Adelaide United had a point to prove — the side had just succumbed to a 1-0 loss to Canberra United which had thrown them out of the top four for the first time this season.

But it seems Western Sydney Wanderers had a bigger point to prove, doing so in the best way possible.

At 2-1 up and with the game delicately poised, Adelaide United were rallying the troops and looking to salvage at least a point out of the affair.

Erica Halloway was having none of it, putting the conversation to bed with a sensational strike just outside the box. Letting fly with her right peg, the ball sailed through the defence and over Sarah Willacy, giving the Wanderers a 3-1 lead that would only grow when Elizabeth Addo chipped the Reds goalkeeper minutes later.

If there is one positive to be taken away from the result, it may just be Veronica Latsko’s performance. Her strike on 41 minutes was her ninth goal of the Westfield W-League campaign, putting her on equal footing with Foord and right behind Sam Kerr.

The American is having a superb debut campaign in Australia and has really made a name for herself Down Under.

Latsko’s achievements will be in vain though if Adelaide fail to finish in the top four — with the side already on a record amount of points in their history, failure to reach the finals would come as a huge anticlimax to an otherwise impressive season.

Lady Luck on Victory’s side

When Thursday night’s Round 12 opener in Canberra was postponed due to the threat of lightning, Jeff Hopkins may have feared his side might momentarily have been overtaken at the summit of the ladder.

Brisbane Roar were on 17 points and ready to pounce.

As it transpired, Brisbane fell on their sword, meaning Melbourne Victory came out of Round 12 relatively unscathed and with one game more remaining than their nearest competitors.

In saying that, three games in the last two weeks, including trips to Canberra and Perth, mean Hopkins’s side will have to be physically and emotionally ready for what will be a memorable charge to the Premiership.