On the eve of the Commonwealth Bank Matildas second clash with Brazil at CommBank Stadium, head coach Tony Gustavsson fronted the media to preview the encounter.

Among the topics, Gustavsson discussed squad management, positional priorities, as well as his plans for the coming months.

Playing our first match on home soil in over 18 months, 15,720 fans packed into the stadium to welcome the players home. This trip to Australia is a first for Gustavsson, and he explained how excited he is for future games in front of Australian fans.

"I think everyone in that stadium helped create that atmosphere of a real, proper, amazing football game. So for me, it was amazing,"

After a 3-2 loss to the Republic of Ireland in late September, Gustavsson said he noticed an improvement in the squad's attitude throughout the game. 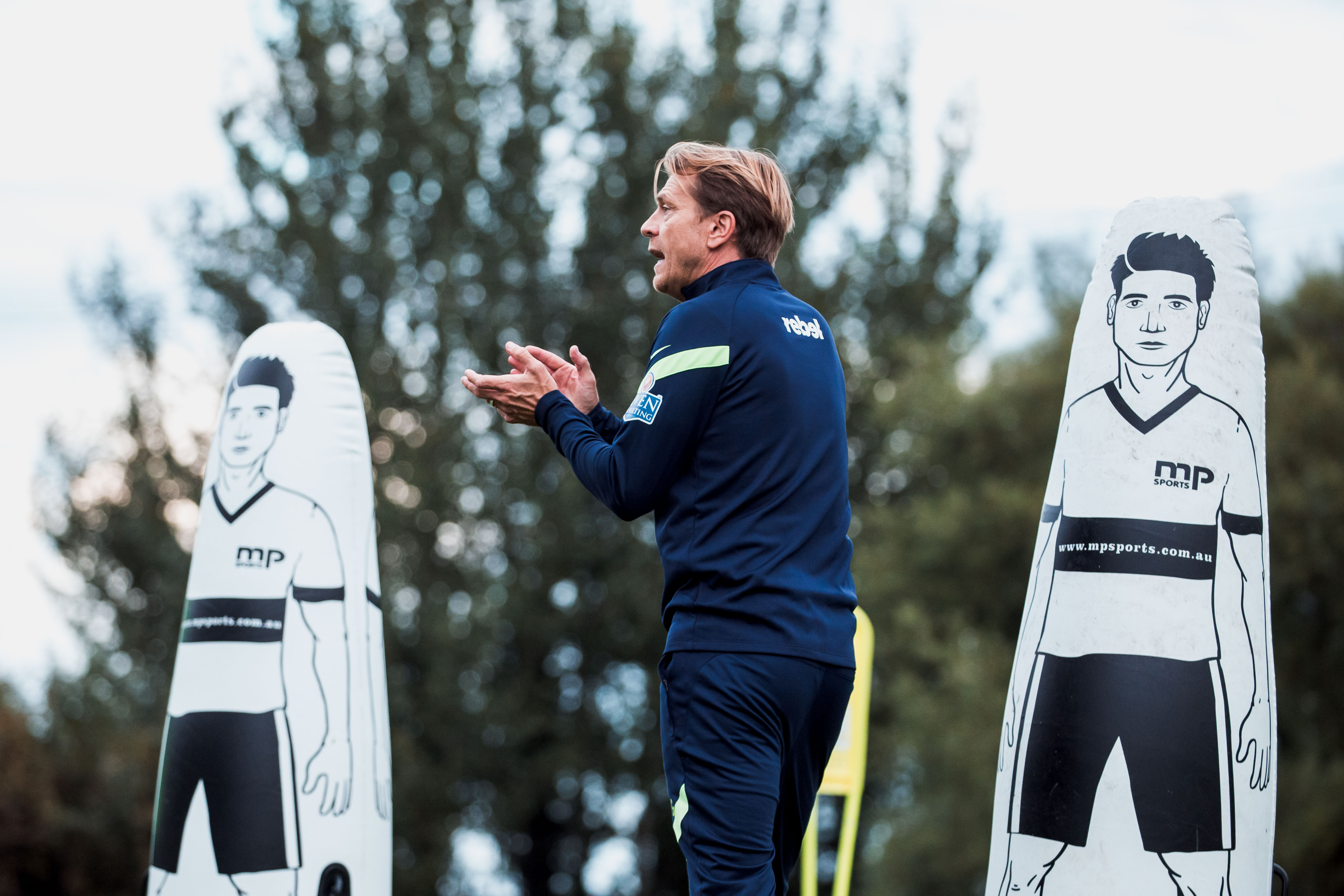 “I’m glad the game was physical because I was a bit disappointed about our attitude and physical presence against Ireland. I felt they wanted it more than us,” he said.

“In the Brazil game, we showed up and showed what we’re about.”

Looking toward our next game tomorrow night, Gustavsson is eager to see an improvement in the attacking third from the players.

“But then once we got into the final third, I do think that we rushed things at times.

“Yes, we do have a world-class forward in Kerr, but there were moments when we needed to pick and choose when we’re going to play that final pass."

Gustavsson expects Brazilian's top goalscorer, Marta, to play a bigger part in the game tomorrow night, after coming off the bench for Pia Sundhage's side.

“I wouldn’t be surprised if Marta and Debinha both start in this next game and honestly I hope they do. In these games, you want to play the best teams possible and the best players possible.”

The Commonwealth Bank Matildas will have their final training session tonight at Stadium Australia to complete a busy training week back on home soil.

Among the players will be Sydney FC goalkeeper Jada Whyman who has been called up as an injury replacement for Teagan Micah.  The FC Rosengard suffered an injury in the pre-match warm-up and will be out.

After completing the protocols in accordance with the Quarantine Management Plan, Whyman entered the assembly.  No stranger to the Commonwealth Bank Matildas, the 22-year-old has previously earned call ups with the senior national team and has represented Australia at U20 and U17 levels.

Catch all the action live and free on 10 Bold and simulcast on 10 Play as Australia hosts Brazil.  Kick-off is at 8pm AEDT.