Like so many people involved in football Blayney was first and foremost a player.

However after injury curtailed her career the 29-year-old took up the opportunity to mentor players at a regional tournament and hasn’t looked back.

“I always enjoyed individual sessions with young aspiring players but never considered taking it on as a full-time aspiration,” said Blayney.

“It all began when I was encouraged to make an appearance at a regional tournament, to meet the players and talk about my playing experiences.

“I simply loved working with this group and stayed with them through the tournament.

“I ended up coaching them for the following three seasons.”

Blayney is currently an assistant coach for the Western Sydney Wanderers’ W-League side and coaches junior teams at the Macarthur Rams. 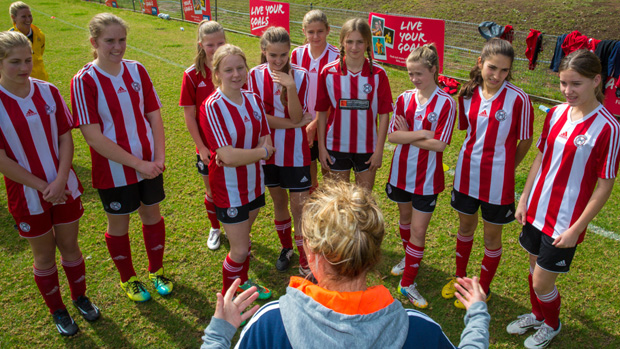 A Bachelor of Physical Education and Health as well as attaining her FFA B Licence has helped propel her down an elite coaching pathway.

While Blayney’s experience at international level is not one commonly shared by aspiring coaches the former W-League star insists coaching at any level can be hugely rewarding.

“Seeing the growth in both quality and quantity of players at the community level has been a huge highlight,” said Blayney.

“I think as a nation we have made much more of a commitment to developing this, especially at the grassroots level.

“In future years we will see a positive knock on effect at the elite level with more kids now playing with better coaches.”

Having won national championships as a junior player with the NSW Metro team as well as representing the Young Matildas Blayney knows better than most the huge influence coaches can have on young people – especially young girls.

While she already has her first piece of silverware as a coach with the Rams, Blayney is driven by football’s team environment and the opportunity to give something back to the sport that has given her so much. 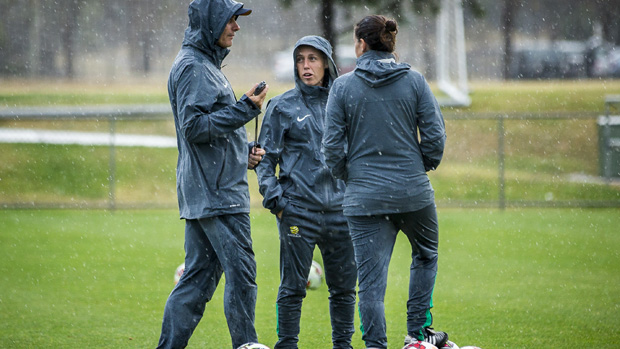 She encourages anyone who has ever considered coaching to give it a go.

“My favourite aspect of coaching is being a resource for the development of positive experiences for young players,” said Blayney.

“It is also a great opportunity for continued growth and development as a person.

“The journey of developing a plan, committing to an action and experiencing an outcome as part of a team will be worth it.”