Caitlin Foord was just six years old when Cathy Freeman famously stormed home to win gold in the 400 metres at the Sydney Games in 2000.

But for Foord - like most Australians - that night still lingers long in the memory.

While it may have been her first memory of the Games, the Perth Glory flyer knows just how significant that night was for female athletes in Australia.

“I remember watching that and it was just a big thing for Australian sport and women in sport. That was pretty crazy,” Foord told matildas.footballaustralia.com.au.

And while Freeman was – and continues to be – an inspiration for young girls and sportspeople everywhere, Foord is a part of a new generation of athletes which is establishing its own legacy in Australia.

The 21-year-old is a key figure of Australia’s women’s football team - one of 12 sides vying for a Gold medal at the Games in Rio. 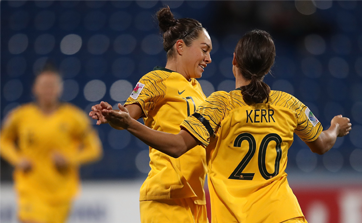 Despite her tender years, Foord made her international debut five years ago and starred at the 2011 World Cup in Germany as a 16-year-old, named young player of the tournament. And it was no fluke.

Despite playing out of position at fullback, Foord was again one of Australia’s best as they stormed to the quarter finals of last year’s World Cup in Canada.

Foord is one of the more experienced players in the squad despite her age and having moved into a more familiar attacking role, she is confident of making an impact in Brazil.

“I still feel like I’m one of the young ones but I guess our team is pretty young so I might be up there,” she said.

“But when we play youngies against the oldies at training I’m still one of the young ones.

“I’d like to think I can be an important player for the team, make something happen and hopefully score some goals. Every time I go out there I just give it my best and try and help the team.”

Australia have been drawn in a tough group alongside Germany and Canada at the Games, with Zimbabwe a relative unknown proposition for Alen Stajcic’s side. 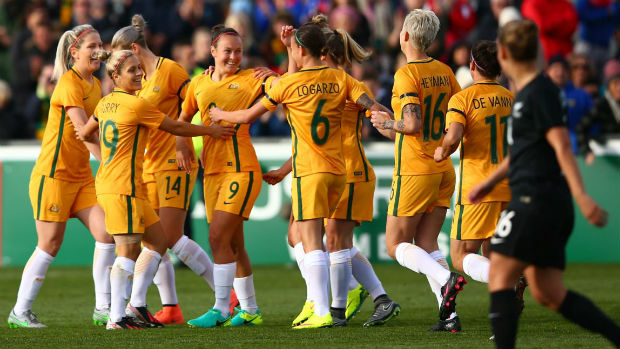 But after jumping to number five in the world rankings and having enjoyed an unbeaten qualifying campaign for the Games, Foord is confident the side can bring home a gold medal.

“Canada and Germany are going to be two tough teams. I’ve never played against either of them before so I think it will be a new challenge for all of us,” she said.

“There’s only 12 teams over there and on any given day I think any country can win. If we’re playing our best football as a team and individually I think we can beat anyone and go all the way.

“If we can get a medal it would be a dream come true. An Olympic medal is the pinnace of sport, you can’t really go much higher than that.”