Sam Kerr’s record-breaking four-goal performance for Sky Blue FC has seen the Westfield Matildas star take out the Player of the Week award in the National Women's Soccer League.

WHAT YOU NEED TO KNOW

*Kerr scored four goals in the second half on the weekend in her side’s dramatic 5-4 win over Seattle Reign, despite trailing 3-0 at the break.

*It was Kerr’s second hat-trick of the season, the first player to score a treble twice in the same campaign.

*The 23-year-old now has 15 goals in the NWSL this season, just one behind the single-season record of 16 goals set by former Seattle Reign FC midfielder Kim Little in 2014.

*Kerr has now won the NWSL Player of the Week gong on five occasions. 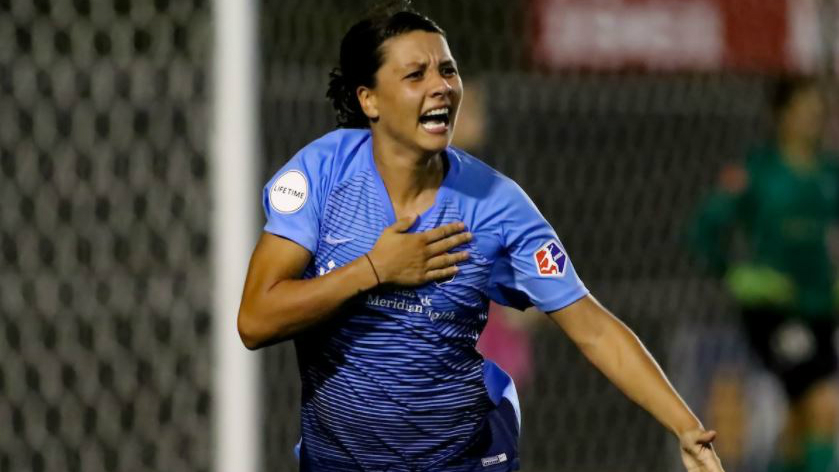 *Kerr’s Sky Blue FC are back in action this weekend when they take on the Boston Breakers at Yurcak Field in New Jersey.

*She will also be a part of the upcoming Westfield Matildas clashes on home soil against Brazil next month.

*Alen Stajcic’s side take on the South American’s in Penrith (September 16) and Newcastle (Sept 19).