Stellar victories over the USA, Japan and Brazil by the Westfield Matildas have prompted the strongest domestic ticket sales for women’s international football since the Sydney Olympics.

With a month to go before Sam Kerr, Lisa De Vanna, Steph Catley and the rest of our world-class women take on Brazil in two international matches at home, more than 10,000 tickets have been sold to the Penrith fixture on September 16 and approximately 7,000 have been sold for Newcastle three days later.  FFA is hoping fans will make both matches sell outs. 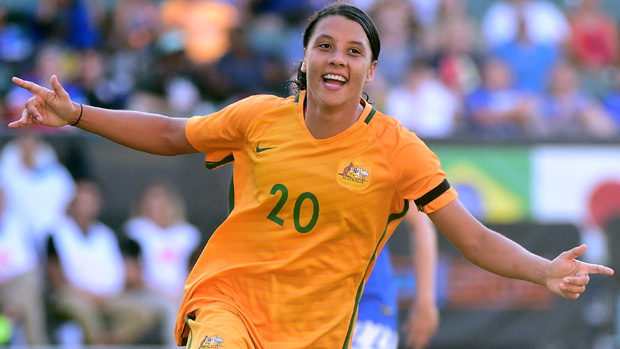 FFA CEO David Gallop, said the ticket sales reflected the buzz the Westfield Matildas had created by their stunning victories at the Tournament of Nations in the United States earlier this month.

“There are still plenty of good seats left for the games in Penrith and Newcastle and we urge everyone who can to get there.  While our recent performances are proof of the increasing quality of women’s football in this country, I also think this team will come to be recognised as a golden generation of Australian players.”

Tickets and match information for Penrith on September 16 and Newcastle on September 19 are available here: http://matildas.footballaustralia.com.au/tickets