Van Egmond joins the Barclays FA Women's Super League club on loan from Orlando Pride, ahead of the 2020/21 Season.

I’ve heard only good things about this Club. It’s great to join this team in a league that is only getting more and more competitive."

“I am excited to play for this Club and I’ve heard the Women’s Super League in England is definitely on the rise. You can see that in the signings that have come to England, so I’m really excited to be here and I’m excited for the challenge.”

🇦🇺 She's come from a land Down Under! Welcome to the Club, @emilyvanegmond10! 🙌

The midfielder was also instrumental for the Westfield Matildas, scoring five goals in the AFC Women's Olympic Football Tournament Qualifiers to help seal our place at the next Olympic Games in Tokyo.

It is that quality that Hammers head coach Matt Beard is hoping will assist the club during the upcoming season. 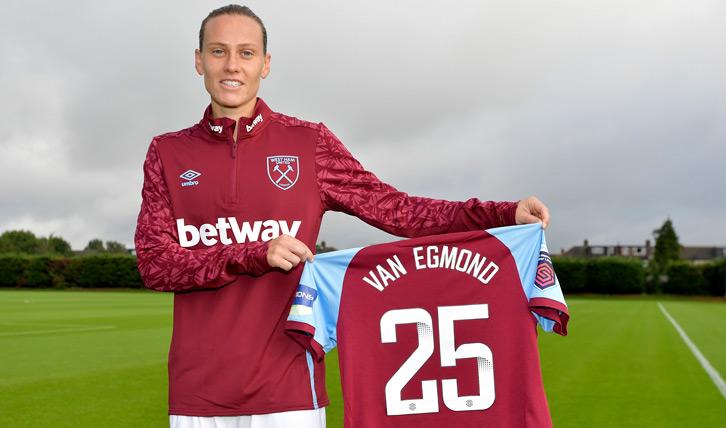 “I am delighted to bring Emily to West Ham United. In Emily, we have a versatile midfielder who has played for some of the world’s very best teams and proved herself across the globe," he said.

“I am excited for what she will add to our team and believe she will prove to be a great addition to the squad.”