In a thrilling finish to Group A, hosts Canada and China progressed, while Germany and Norway advanced comfortably from Group B.

China drew 2-2 with New Zealand to clinch an automatic berth in the Women's World Cup round of 16 ahead of Netherlands on Monday.

The Dutch and Chinese entered their final games in Group A level on points, goal difference and goals scored, meaning China were ahead in the standings after their 1-0 win over Netherlands on Thursday.

With Netherlands drawing 1-1 with hosts Canada, China finished second in their group because they scored one goal more than the Dutch in the group phase.

Canada (5 points) and China (4) automatically advance to the last 16, while Netherlands (4) could still progress if they finish in the top four of the six third-placed sides. 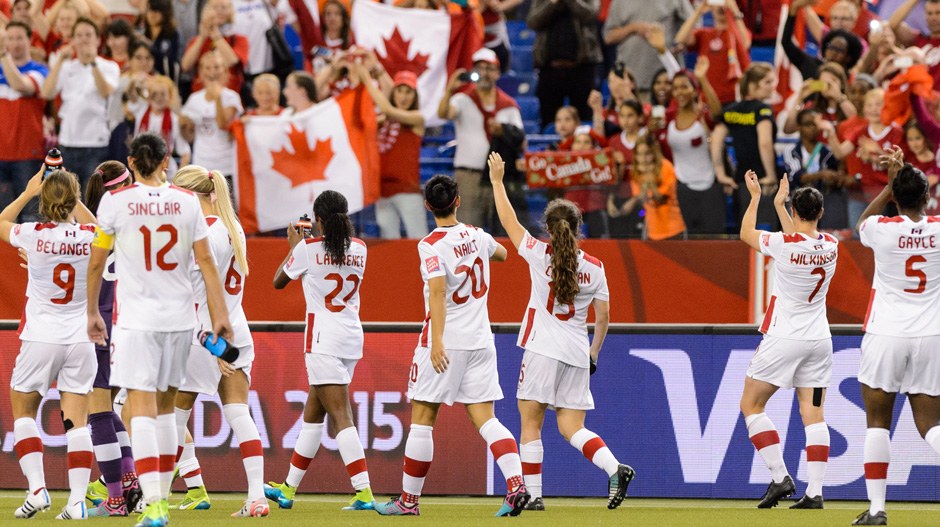 The Dutch are the leading third-placed team after Monday's draw.

After Rebekah Stott put New Zealand in front with a cracking shot from a corner in the 28th minute, Wang Lisi converted a 41st-minute penalty to drag China level.

Wang Shanshan then bravely headed Wu Haiyan's cross past Erin Nayler on the hour-mark, and although Hannah Wilkinson equalised four minutes later, China held on for a crucial draw in Winnipeg.

In Montreal, Netherlands equalised in the 87th minute through Kirsten van de Ven to cancel out Ashley Lawrence's early opener for Canada but the Dutch had to settle for third, two points ahead of New Zealand in Group A.

In Group B, Germany and Norway both progressed comfortably with the former thumping Thailand 4-0 thanks to coach Silvia Neid's attacking changes at half-time.

Germany only led at the break thanks to Melanie Leupolz's goal, so Neid introduced Anja Mittag and Lena Petermann for Celia Sasic and Dzsenifer Marozsan.

Petermann notched two headers just before the hour-mark, while Mittag teed up Sara Dabritz for Germany's fourth with 17 minutes remaining.

The win saw Germany top their group's standings with seven points, ahead of Norway on goal difference.

Thailand (3 points) finished third and are fourth in the third-placed-teams' standings, while Ivory Coast will leave Canada without a point.