Big future ahead for Kellond-Knight

Elise Kellond Knight has just returned from the Westfield Matildas European tour and is getting settled back in to her busy life at home on the Gold Coast.

Elise Kellond Knight has just returned from the Westfield Matildas European tour and is getting settled back in to her busy life at home on the Gold Coast.

The 22-year-old has a hectic schedule when on Australian soil as she tries to balance her football pursuits with his her studies and her passion for the surf.

Playing for the Brisbane Roar in the W-League since 2008 Kellond Knight has become a regular in the Matildas side and was recognised as one of the top players at the 2011 FIFA Women-s World Cup, as she was named in the tournament-s All Star team.

“I got into football from my brother like most people," said Kellond-Knight.

"You follow your brother around everywhere and I was the same. He started playing football and then I did to.

Off the pitch Kellond-Knight is making sure that she sets herself up for life after football.

“I-ve always been into my studies.

"I-ve been at Uni for almost six years now but I have started doing my Masters in Pharmacy and I-m going to try and get that out of the way in the next couple of years."

If her life wasn-t busy enough she loves to get out on the waves and pursue her passion for surfing.

“You can-t live on the Gold Coast and not have that sort of lifestyle.

“Football is pretty time consuming so fitting in some surfing is quite difficult but it happens.” 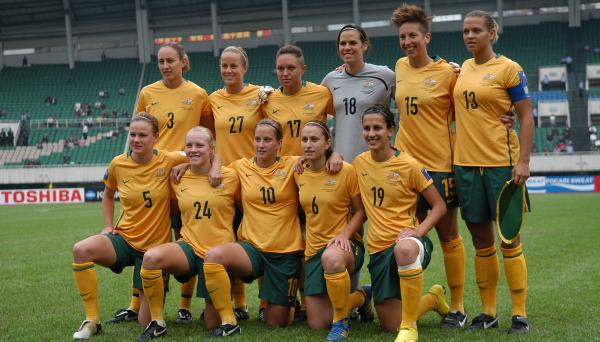