Barbieri wary of 'off the cuff' Nigeria

Matildas goalkeeper Melissa Barbieri believes specific training methods will hold the Australians in good stead against Nigeria this Saturday (AEST) in their second group match of the FIFA Women's World Cup in Canada.

The two teams meet in Winnipeg with the Aussies coming off a loss to the US and Nigeria an eye-catching 3-3 draw with Sweden in their respective World Cup openers.

“We did a lot of training in the beginning, leading up to the World Cup with a lot of boys’ teams. The instruction was to play off the cuff," Barbieri explained to reporters on Tuesday in Winnipeg.

“We had that mindset that African nations have very good footballers, but do play their own sort of style and brand which we very rarely get to see.

Rested Matildas will be ready for Nigeria: Foord

“And usually when we get to see them it’s in a World Cup. Hopefully we’ve done enough of that practice with of that sort of thing with the boys back home.” 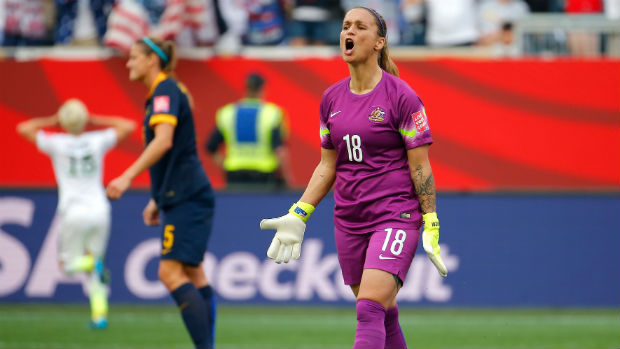 The flowing style of football is one that resonates with Barbieri, who hopes to see similar philosophies taught to Australian juniors.

“In the back streets of Brazil that’s how football should be played and that’s how we should be teaching our kids how to play.

After spending three years out of the Matildas set up, to focus on having a child, Barbieri was ready for the call up against the States following an injury to Lydia Williams.

“As a second goalkeeper you have to be on your toes. Those three years off certainly flashed by in an instant and I didn’t really feel any of that pressure of not having played for my country for three years.

“It just felt amazing to get out there on the world stage again.” 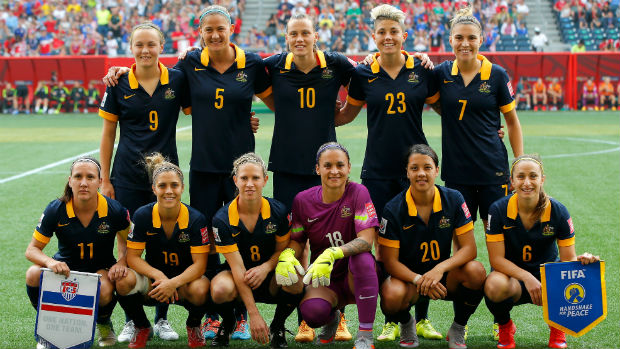 Barbieri will be ready to pull on the green and gold once more, but with Williams recovering from a knock "Bubs" knows that an 87th Matildas cap isn’t a certainty.

“She’s gone from having an ACL reconstruction to getting here in 10-11 months. No doubt this is just a little hiccup and she will be back on the park in no time.

Barbieri added: “We’ll stand back up ... and we’ll look to Nigeria and Sweden and look for six points."