Barbieri began her footballing career as a 14-year-old outfielder, playing with her brother and other boys until she found a club with a girls team.

In 2000 she made the switch to goalkeeping, playing as the first female in the men’s league with Richmond SC.

An Australian schoolgirl international as an outfielder, Barbieri was called up to represent Australia as a goalkeeper in 2002, making her debut for the Matildas against Canada.

She represented Australia in a Summer Olympics, four Women’s World Cups, and was captain of the Matildas as they won the 2010 AFC Women’;s Asian Cup, the first senior Australian team to win an Asian continental competition. Overall, Barbieri earned 86 International Caps. 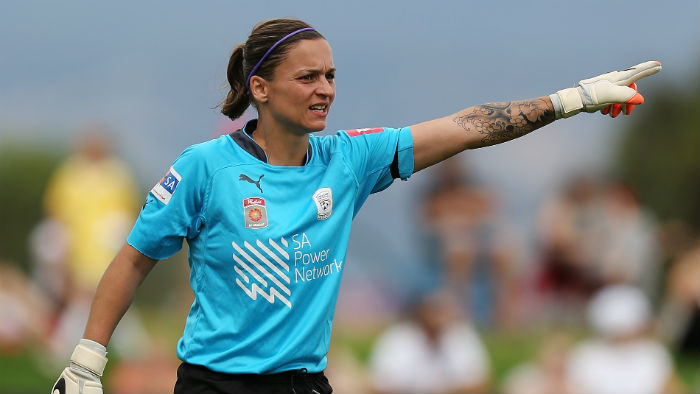 She was a member of Melbourne Victory’s inaugural W-League squad, winning goalkeeper of the year in the first season of W-League.

With the birth of her daughter Holly in 2013, Barbieri took a break from playing and made her comeback with Adelaide United in the 2013/2014 season, winning the W-League goalkeeper of the year.

Her comeback was complete when she was called up to represent the Matildas in the 2015 FIFA Women’s World Cup in Canada.