The latest Women’s Talent Identification Camp achieved what it set out to with over 20 girls and women given an opportunity to impress the Westfield Matildas' coaching staff in a well organised and productive environment.

There were four principles which Andreatta and her coaching staff told the players to feature on the pitch at the beginning of the camp which her team observed that they were all able to demonstrate throughout the four days.

“They certainly were able to do that and execute them and we saw that in the internal game. We asked them to be energetic, skillful, daring and to play a really proactive attacking brand of football and we’ve definitely seen that from the group,” Andreatta said.

The players’ approach to the camp was something that stood out in particular for the Westfield Matildas assistant coach.

“What’s really impressed me is their commitment to being better. They’ve taken on all the information that we’ve given them and I’m sure they’ll go on from here,” she said.

Their commitment to being better is going to grow them as footballers.”

The training throughout the week was also supplemented with evening workshops which were aimed at informing the players about all aspects regarding high performance.

“We delivered some key topics that we think are key to high performance and everyone could call in. We had our local players in a room, we had presenters from within our staff delivering key messages and information.”

“With this new knowledge we hope that it helps all the players to continue to perform at a high level and perform even better in the years that follow.”

READ: “I’m pretty pumped to be here and back in the environment”: Ellie Brush

WATCH: Generations of Australians: The Catleys

Given the current restrictions associated with the COVID-19 pandemic it appeared likely that the camp may not have proceeded if it were not for the willful nature of Andreatta and her team.

“It shows the commitment from FFA and key members of staff within our setup to make this possible. I think as Australians it’s one of our strengths that we make anything work and we rise to the challenges and we saw that in this situation,” the Westfield Matildas assistant coach said.

“We moved from the original base to Canberra and it’s been a very smooth and successful camp from our perspective.”

The supportive environment that was fostered throughout the camp meant that coaching staff were able to get the very best out of the players on show.

“They’ve really accepted and embraced the challenges with confidence and have gone on the field then and turned the quality training performances into internal match performances.”

There is one attribute that Andreatta will be keeping her eye out for as the players return to their respective sides.

“I’d love to see the physicality. Australians are known for it, so why not embrace it.” 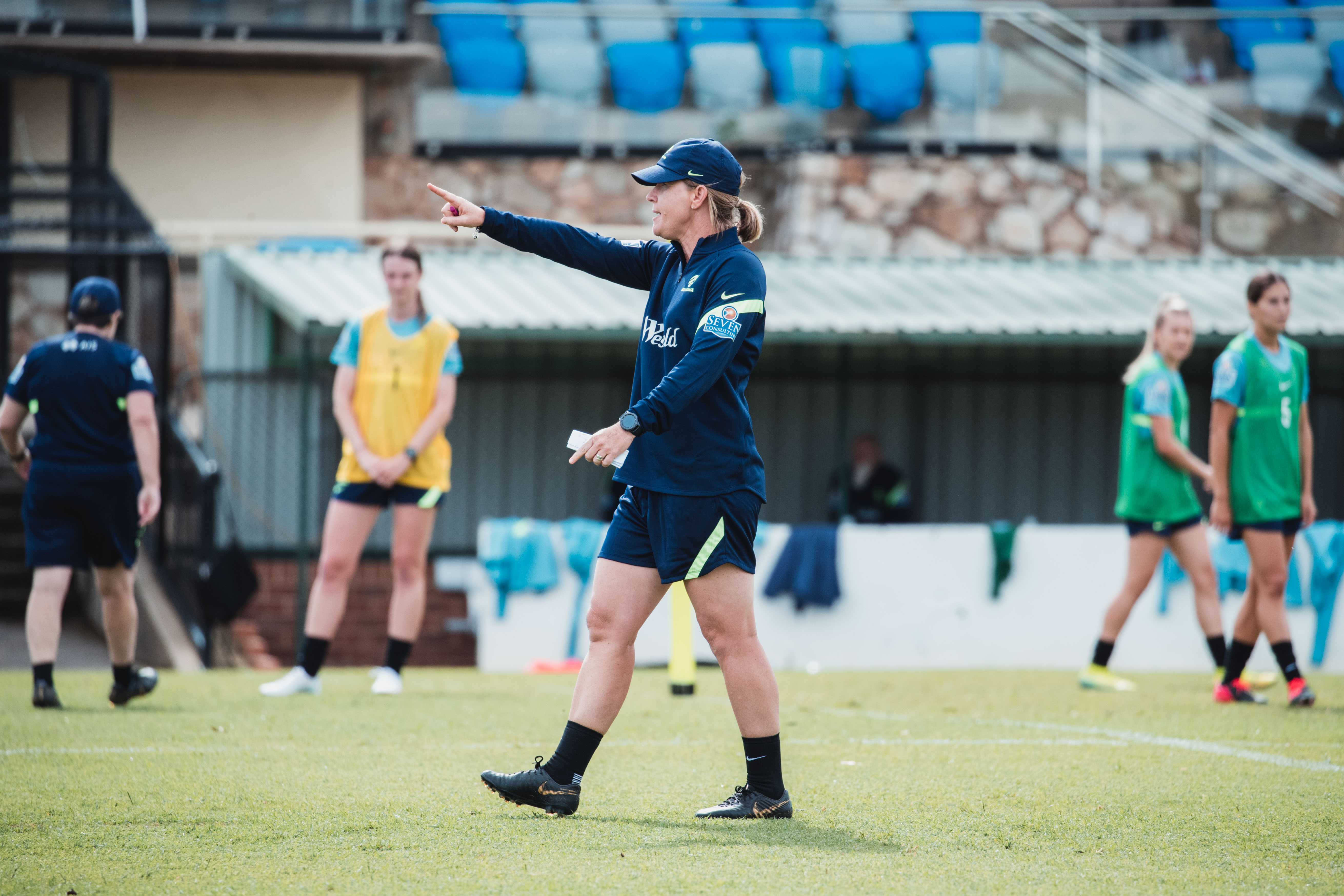 The ex-Brisbane Roar coach had one parting message for the players as she prepares to watch them in action over the next few months.

“We see you, it’s the first of many opportunities. It’s a platform that we will build on and I can’t wait to see this year’s W-League and all the talents that will be on show.”