Australia’s captain dispatched a fifth-minute penalty and tucked home her second in first half stoppage time, while Lisa De Vanna’s back-post tap in added to a sterling opening stanza display.

Emily Gielnik added a fourth with a spectacular effort late on, ensuring Ante Milicic’s side are in pole position to clinch the Cup of Nations when they host Argentina in Melbourne on Wednesday evening.

RE-LIVE: All the Cup of Nations action from Match Day Two
REPORT: Football Ferns bounce back with hard fought win over Argentina

10,520 fans were in attendance as the Westfield Matildas arrived in Queensland for the first time since 2014, and only five starters from Thursday’s 2-0 triumph over New Zealand remained in the fold.

One of them was Kerr, who wasted no time handing Australia the impetus after earning and scoring from the penalty spot in the fledgling moments.

The lead was swiftly erased when Chelsea star Ji Soyun replied with a gorgeous free kick, but De Vanna restored Australia’s advantage at the back post after Tameka Butt’s shot was parried by Korea Republic goalkeeper Kim Jungmi.

Kerr then made it three in first half stoppage time, seizing on an errant back pass from Jang Selgi before lifting the ball over Jungmi.

Australia resumed their dominance in the second half but failed to muster a fourth despite having Korea Republic on the ropes, with Jungmi pulling off a world-class stop to deny Princess Ibini.

However, that was until Gielnik stepped off the bench to lash home a powerful effort from an acute angle to seal a triumphant return to the Queensland capital. 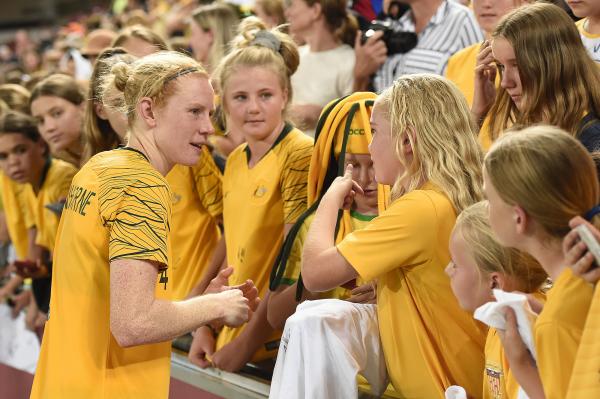 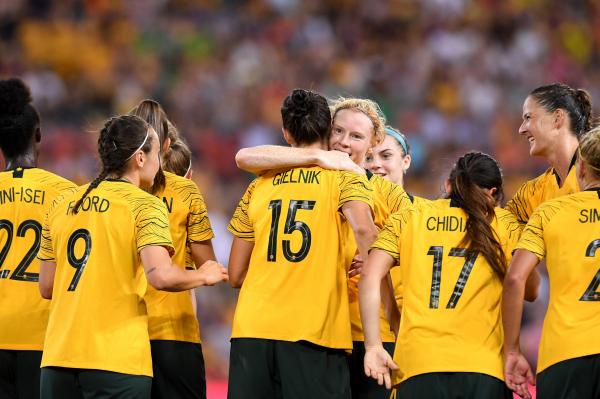 Emily Gielnik believes the Westfield Matildas are thriving on the freedom to express themselves in the final third. Gielnik capped Australia's commanding 4-1 win over Korea Republic with a mesmeric strike from an acute angle, her third goal in as many matches. It was a stri 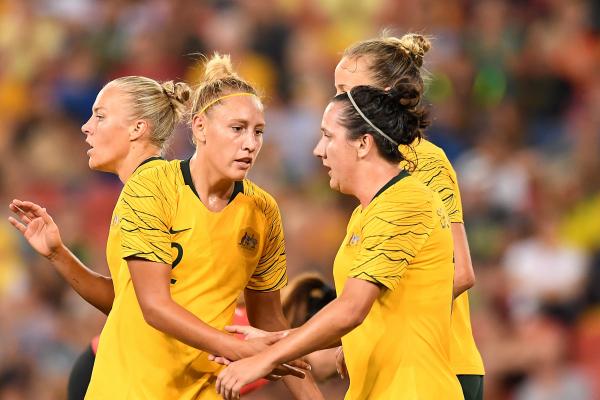 Re-live: All the action from Cup of Nations Match Day Two

The Westfield Matildas continued their excellent Cup of Nations campaign with a 4-1 win over Korea Republic on Sunday evening. Sam Kerr hit a brace, Lisa De Vanna scored her 46th international goal, and Emily Gielnik fired in a screamer as Australia flexed their muscles in Bri 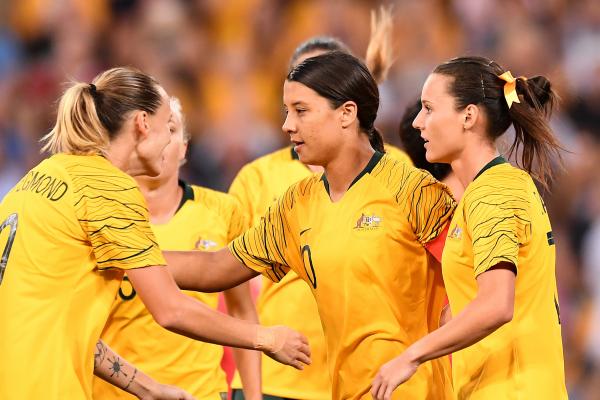 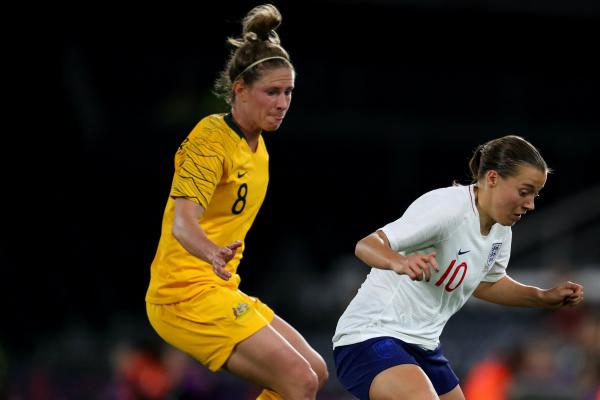 After an exhilarating Matchday One of the Cup of nations the Podcast returns to recap all the action as well as look ahead to the upcoming fixtures at Suncorp Stadium on Sunday afternoon. Ben O'Neill is again joined by Ann Odong and Ricardo Piccioni as they analyse all four te 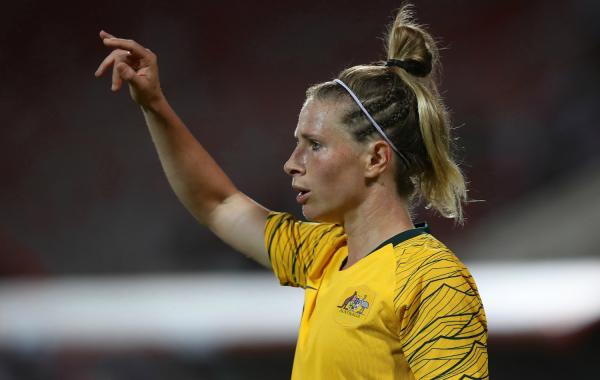 Elise Kellond-Knight might have to pinch herself when the Westfield Matildas run out for what she thinks will be their toughest test of the Cup of Nations. Ante Milicic's side take on Korea Republic, the world number 14, in a blockbuster clash in Brisbane on Sunday evening. 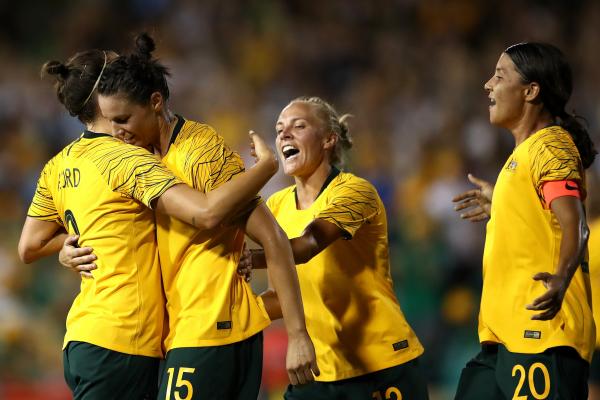 They say home is where the heart is and it couldn't be truer for Westfield Matildas forward Emily Gielnik as she prepares to grace the Suncorp Stadium turf. Although born in Melbourne and now plying her trade for Victory in the Westfield W-League, Gielnik moved to Brisbane as 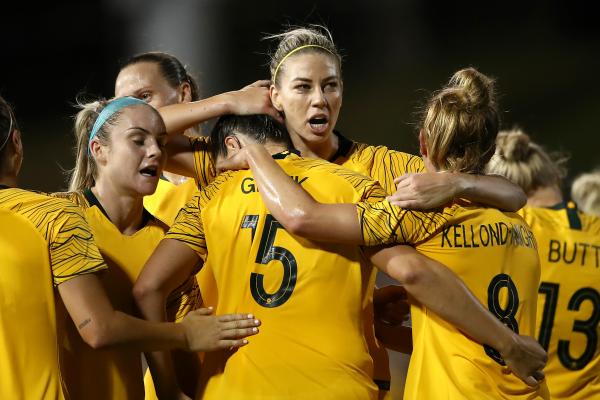 How to watch Cup of Nations Matchday Two 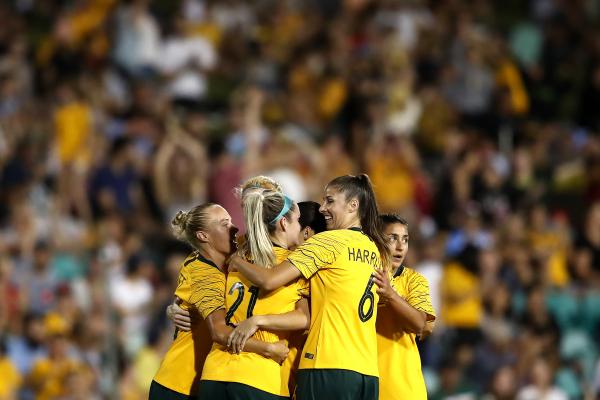 The two winners from Matchday One meet at Suncorp Stadium on Sunday in a clash that could decide the Cup of Nations title. The Westfield Matildas managed to see off old foes New Zealand 2-0 while Korea Republic put on a show in the pre-cursor at Leichhardt Oval, dispatching Ar 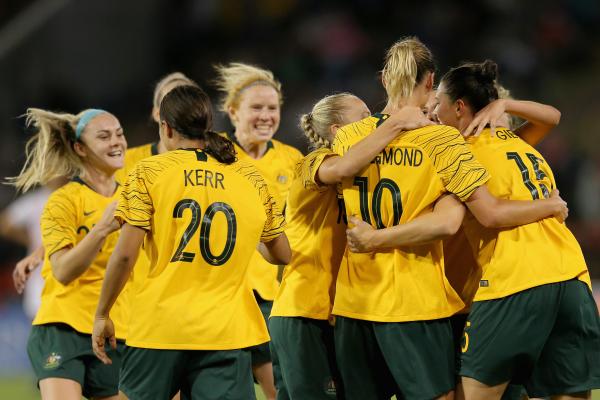 How to watch the Cup of Nations

The Cup of Nations promises to be an exciting stop on the road to the FIFA Women's World Cup? as the Westfield Matildas embark on their campaign to take on the rest of the world. Beginning next Thursday, The Westfield Matildas are joined on home soil by three fellow 2019 FIFA 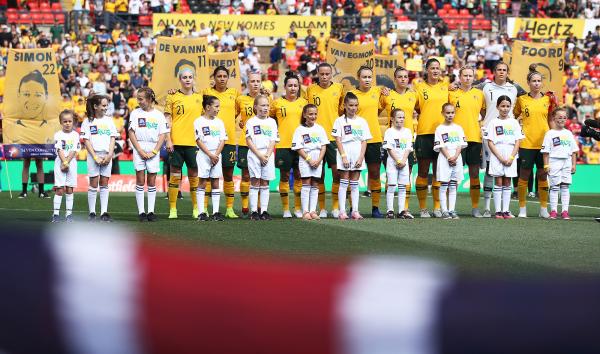 New Westfield Matildas Head Coach Ante Milicic today announced the twenty-three players that have been selected to represent Australia at the inaugural Cup of Nations to be held in Sydney, Brisbane, and Melbourne. Milicic, with the input of the Westfield Matildas' coaching sta 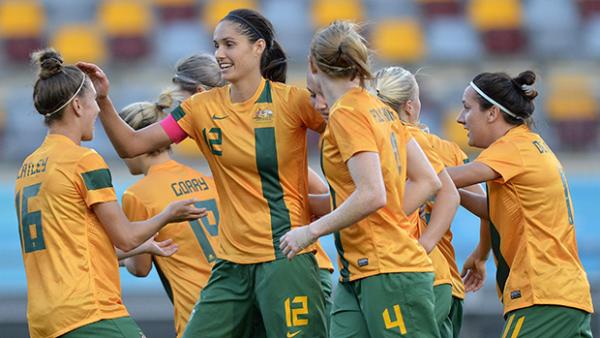 Ahead of the Cup of Nations next year we are taking a look back at some historic Westfield Matildas occasions. On 3 March Brisbane's Suncorp Stadium will play host to the Westfield Matildas' match-up against Korea Republic in the second round of fixtures for the four-team tour