Ellie Carpenter believes the Westfield Matildas are ready to embark on an exciting new chapter under Ante Milicic.

Milicic was announced as Australia’s interim head coach on Monday and will lead the Westfield Matildas’ charge for FIFA Women’s World Cup glory in June.

But that campaign for silverware in France starts this Saturday in Brisbane, where Carpenter and the team will unite ahead of the Cup of Nations.

It is a crucial couple of weeks that the Cowra-born teenage superstar is relishing.

“It’s a new chapter and we’re all very excited just to get back into camp and start preparing for the World Cup, which is what we’re all aiming for,” Carpenter told www.matildas.com.au.

“We just want to get out on the pitch and start preparing and be the best that we can be.”

“He’s [Milicic] going to push us to where he thinks we can be and is going to be very professional with us.

“I’m looking forward to what he brings with his new tactics, and in typical aspects of the game I’ve heard he’s really good.

“I’m just looking forward to seeing what he brings to us.

“We all know how to play together and we’ve been playing great football for the past four years.

“We all know how everyone plays, we just need to train and get these couple of weeks under our belt and prepare as best we can for the World Cup.”

Crucially, the six-match tournament serves as both the perfect send off for the side and a vital time for Australia to polish their bid for the title of world champions when FIFA Women’s World Cup commences in 107 days’ time.

Carpenter backs Ibini to shine in Cup of Nations

Despite her eighteen years of age, Carpenter has been an ever-present for the Westfield Matildas in recent years following her full international debut in March 2016.

Since then, the Canberra United defender has catapulted herself into international stardom.

It is a path that several other emerging Australian talents are primed to emulate, and Carpenter believes Princess Ibini is a leading candidate to follow in her footsteps – starting with a statement in the Cup of Nations.

The Sydney FC attacker, 19, evolved from impact substitute to un-droppable first-teamer this season, and was a major factor in firing the Sky Blues toward their third Westfield W-League Championship.

“Princess has had a great season with Sydney FC,” Carpenter said.

“She’s played amazing and she’s going to be one to break through into the team and have a really good tournament on home soil.

“She’s got a lot more confidence, especially from coming off the bench and scoring pretty much every time she came on.

“You obviously gain confidence from doing that and scoring goals every week.

“She’s just matured so much as a player and she’s strong, fast… I feel like she’s playing very good football at the moment.” 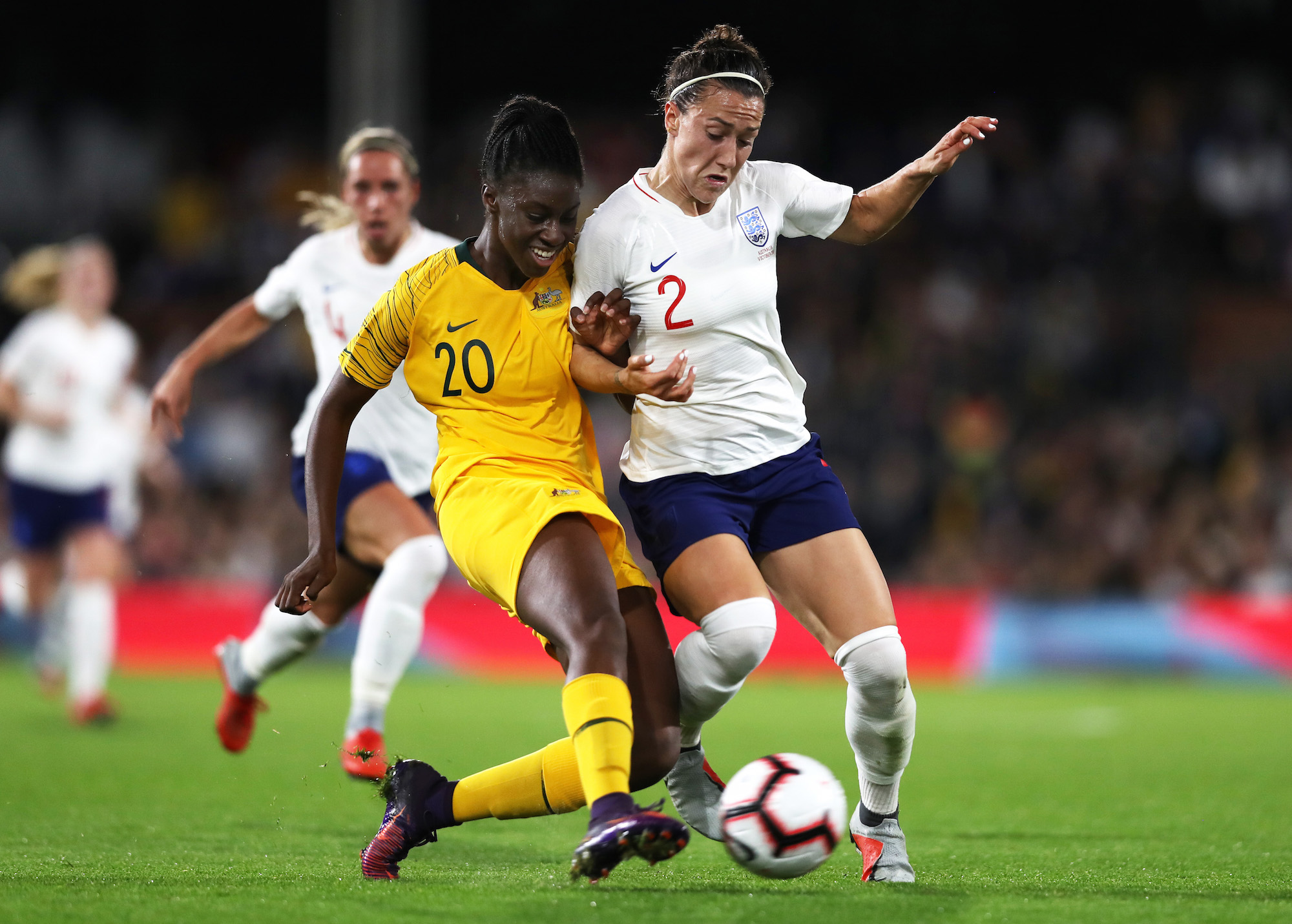